Rapper Boosie Badazz Reportedly Shot In The Leg In Dallas 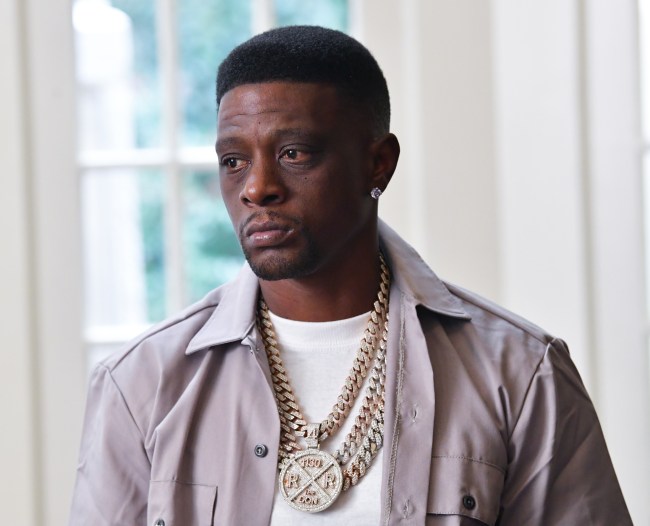 Rapper Boosie Badazz has been shot in the leg according to a report to TMZ.

TMZ spoke with law enforcement sources who say the rapper was shot at outside of a Dallas strip mall.

Law enforcement sources tell TMZ … Boosie was shot at in Dallas Saturday, after rolling through town in what we’re told was a sprinter van near a strip mall called Big T’s Plaza

At some point, somebody opened fire on the vehicle and one of the bullets struck Boosie in the leg. We’re told the shooters booked it, and Boosie and co. made their way to a hospital, where he was treated for a gunshot wound below the knee.

Our Boosie sources say he is doing okay … his injury seems to be non-life-threatening.

One video making the rounds the Internet claims Boosie was not shot but TMZ says they’re hearing otherwise.

boosie sprinter van was shot at today in dallas but he wasn’t hit good to hear fr 🙏🏾💯 #BOOSIE #Dallas pic.twitter.com/Uo2HUeQQ9E

Someone posted video of the Big T parking lot where the action supposedly went down, claiming Boosie was NOT shot — but we’ve been told otherwise … Boosie is, in fact, a patient being treated for his wounds. According to this purported witness though, there were multiple vehicles involved — at least three of them.

Boosie has yet to address the situation publicly on social media.