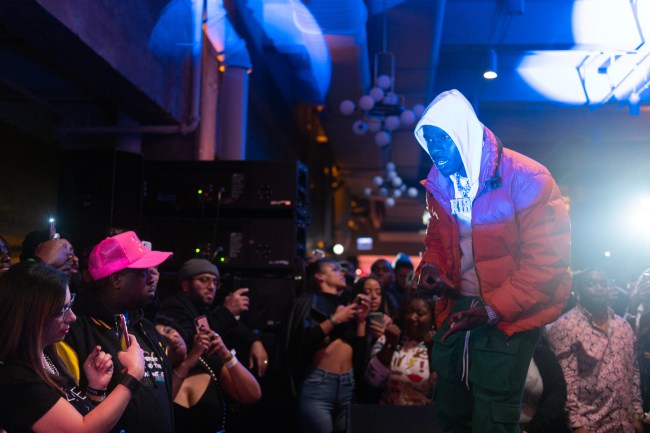 Rapper DaBaby could be finding himself in some trouble with the law after a video circulating around the Internet showed up viciously slapping a woman in the face at a concert on Saturday night.

The incident reportedly took place at a nightclub in Tampa where DaBaby was performing. In the video you can see the rapper slap the woman in the face as he was making his way through the crowd to get on stage.

DaBaby slaps a woman as he’s walking through a crowd of people. pic.twitter.com/bx6Ds717iu

According to TMZ, concertgoers were so distraught with DaBaby’s actions that they booed him off stage.

Folks at the concert tell TMZ … after the initial shock subsided, the crowd started booing the rapper. DaBaby and his crew left without performing a single song.

DaBaby claims the woman hit him in the eye with her phone before the incident and is offering $10k to anyone who has video that proves she hit him first.

Dababy putting up 10k for whoever’s got a good angle of the altercation pic.twitter.com/M9JriExzSw

Update DJ Akademiks uploaded a different angle of the incident on Twitter.

Clearer angle of the female fan hitting Da Baby in the face with her cell phone. He instinctively punches her in the face. Was he wrong or na? pic.twitter.com/QSbch0CBQS