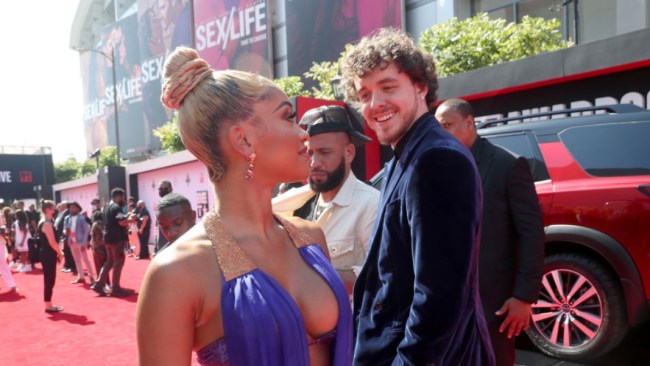 Quavo and Jack Harlow will probably not be playing any friendly games of basketball anytime soon.

During the BET Awards red carpet on Sunday a photo of Harlow locking eyes with Quavo’s ex Saweetie went viral on Twitter.

Saweetie and Jack Harlow had a moment at the BET Awards last night‼️👀 pic.twitter.com/8Ninpp9716

here’s the bts of the Saweetie & Jack Harlow photo 🙈 pic.twitter.com/DBL6jsuBOs

Apparently, Harlow had been hitting on Saweetie before the photo took place.

In a video released by The Shade Room, Harlow interrupted Saweetie’s interview to smoothly introduce himself. The audio cuts off for a bit before Jack asks her “You don’t like getting caught off guard?” to which Saweetie replies “Why you shaking?”

Lemme find out Jack Harlow tryna find out about Saweetie!! He was real smooth with it too 😏😎 pic.twitter.com/4rFNLzx8cO

The Internet had some interesting reactions considering Harlow and Quavo are basketball buddies and played in a celebrity 2v2 game just a few months ago .

Jack Harlow was just hoopin' with Quavo at the All-Star game a few months ago… now look at him, shooting his shot at his teammate's ex queen

it was all good just a week ago 😂 pic.twitter.com/ckikjdflkY