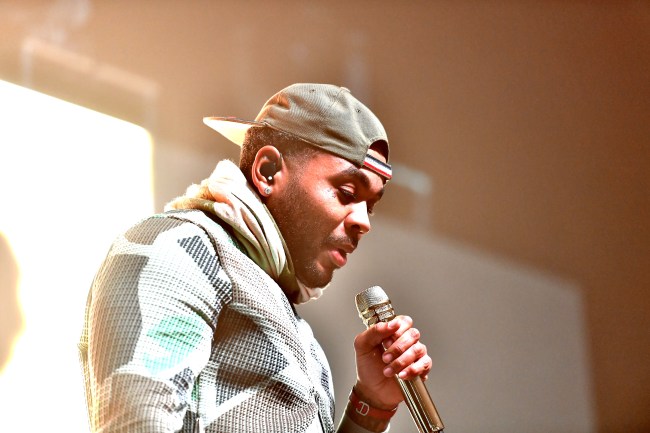 Louisiana rapper Kevin Gates has been around for a few years now. He was named to XXL’s Freshman Class back in 2014 after he was signed by Lil Wayne’s Young Money Entertainment in 2012.

His career hit some legal speedbumps when he was charged with battery for kicking a fan in the Summer of 2015. He tried to use Florida’s controversial ‘Stand Your Ground’ law as a defense to fight that charger but he was convicted in October of 2016 and sentenced to 180 days in jail. Then again in 2017, he was sentenced to 30-months in prison for gun charges (from a 2013 incident) but he was released on parole in January 2018.

His 3-song EP Chained to the City was his first post-prison release and since then he’s released his second EP Only the Generals Gon Understand in May of this year followed by a music video for “Push It” in June, the lead single from his second album I’m Him.

Kevin Gates (real name Kevin Gilyard) recently sat with Men’s Health YouTube for a ‘Men’s Wealth’ segment where he talks about the worst money he’s ever spent and the best financial advice he’s ever gotten + best decisions he’s made with his money.

He kicks it off by saying he’s “spent millions of dollars on clothes, jewelry and cars” and there’s no reason not to believe him. The various ‘celebrity net worth’ websites have his current net worth at around $1 million which doesn’t really add up to spending millions on that other stuff but I’m sure he was spending as much as he made for years. Anyway, here’s rapper Kevin Gates talking about the best and worst things he’s ever done with his money:

His spending habits sound pretty much in line with every celebrity I can think of. All stemming from some sort of insecurity about belonging, they shell out fortunes to act like they deserve to be there. It’s not necessarily a bad thing, you do want to look like you’re a part of the industry and that’s not cheap. I think most young celebs go through that phase and the ones who last and spend their lives in the various industries are the ones who quickly move on and figure out they need to be smart with their money or it’s all going to be gone overnight.

“I wanted something new to make me feel good” is another feeling that most people have gone through at some point. The term ‘retail therapy’ didn’t invent itself. But the difference between John Smith buying a $100 bottle of whiskey (instead of $50) versus Kevin Gates buying a Ferrari that he can’t really afford is what could’ve caused him to go completely broke eventually.

If you’re interested, Kevin Gates currently has tour dates in Santa Cruz, San Francisco, Los Angeles, and Seattle. You can look for tickets here on his website.