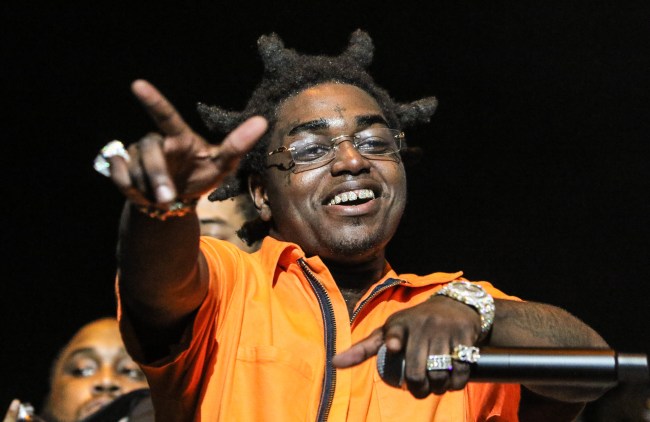 It seems like we have another clone conspiracy theory on our hands.

Last month, Rapper Kodak Black was one of the 143 people who were pardoned by the former President Donald Trump before he left office.

Pretty wild to see Kodak Black get a pardon. pic.twitter.com/lLq5v30ME1

On Friday night, the Florida-based rapper made his first public appearance since getting released from prison at a Tampa Super Bowl party and he looked completely unrecognizable.

Kodak Black out in the the streets in Florida getting welcomed by everyone 🙏🔥 pic.twitter.com/63ioFXVBQm

Kodak’s appearance changed so much since the last time people saw him that fans were convinced that he was cloned by the government.

Definitely ain’t Kodak. Use your spiritual discernment here…the aura isn’t even the same b/c the spirit (disposition) isn’t. Cloning isn’t always strictly physical but in this case even his physical looks different fr fr https://t.co/1PSSNbgdam

i’m really starting to think this isn’t the real Kodak…..

Others pointed out how ludicrous the Kodak clone conspiracy theorists sound.

If there was really cloning technology I'm just gonna say I don't think they'd use it to clone Gucci Mane & Kodak Black.