Rapper Lil Baby Shows Off His Ridiculous Jewelry Collection Worth Over $500,000 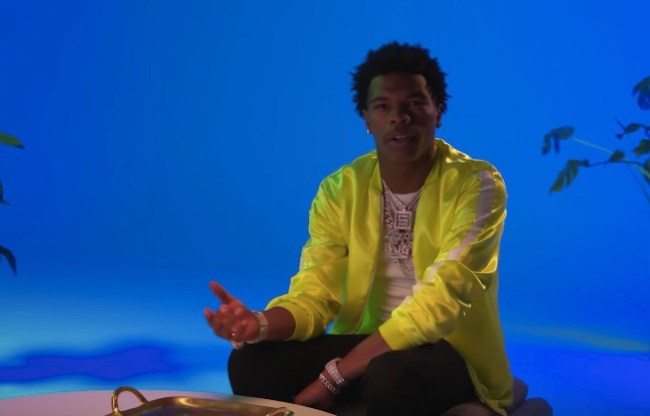 Rapper Lil Baby’s one of Atlanta’s most promising rappers at the moment and he’s got a lot of expensive jewelry to show for his hard work.

He’s been blowing up in the Summer of 2018 thanks in part to his track ‘Yes Indeed’ featuring Drake which peaked at #6 in the US Billboard chart. You pretty much can’t flip to Sirius-XM’s ‘Hip Hop Nation’ without hearing this track play every 30 minutes for the past month.

His studio album ‘Harder Than Ever’ was released back in May and it’s peaked at #3 on the Billboard 200, which is a hell of a feat for his first and only studio album. But I guess that’s what happens when you’ve got Motown and Capitol records behind you, not to mention guest work on the album from Drake, Offset, Lil Uzi Vert, and Young Thug.

Not to take anything away from the accomplishment, though.

It’s not exactly clear how much money Lil Baby is worth. IdolWiki estimate he’s worth around $1 million, as does CelebrityCowboy. But other websites put his net worth estimate as below that.

Regardless of what the actual net worth figure is we know that Lil Baby has a shit ton of money tied up in jewelry because he recently filmed this clip with GQ‘s YouTube channel where he shows off his collection worth more than $500,000.

This makes perfect sense to me because I’m doing juuuuuust fine but still can’t even bring myself to spend $5K on the vintage men’s Cartier Tank watch that I’ve been eyeballing for years. And this leads me to believe that I’d be a terrible rap celebrity.

I could have $10,000,000 in the bank and I’d still have trouble justifying spending over $10,000 on any piece of jewelry. It’s just not in my DNA. But that won’t stop me from respecting Lil Baby’s move to bulk up on diamonds.

If you haven’t heard it yet, here’s that Lil Baby + Drake track that’s been blowing up on the radio all Summer long:

Anyone else having a hard time getting past the fact that a grown man named himself Lil Baby?