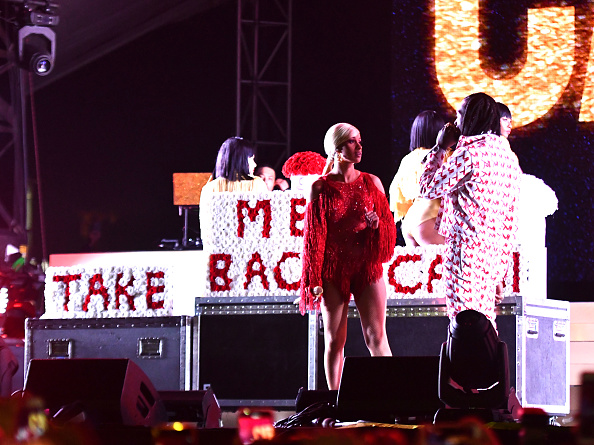 Looks like Cardi B and Offset are splitting up pic.twitter.com/MevOWs47EA

A post shared by Lets Talk About It… (@pillowtawkk)

Yesterday afternoon Offset posted a video of himself on Instagram begging Cardi for forgiveness but denied that he had cheated on her only that he had “entertained” the idea.

Then later last night Offset crashed Cardi B’s set at Rolling Loud to ask her publicly to take him back.

“I just want to tell you I’m sorry bruh. In person. In front of the WORLD.”
•#Offset surprised #CardiB on stage at #RollingLoud with “Take Me Back” flowers 😳👀 #BardiGang pic.twitter.com/Vdx6JmHcbO

Cardi wasn’t thrilled about Offset’s actions but didn’t want anyone to bash him when she spoke about it on Instagram.

Damn Offset pulled up to Cardi B Rolling Loud set to apologize 😞 but Bardi wasn’t feeling it 💔 pic.twitter.com/fSbtJi1VJQ

This all seems a little staged for me but it’s damn good entertainment.