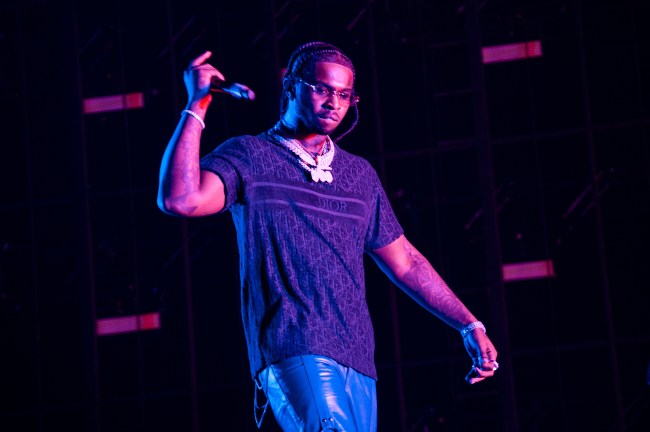 The rapper was at a home in the Hollywood Hills at around 4:30 AM when 2 men wearing hoodies and masks broke into a house … this according to law enforcement sources. We’re told the 2 men fired multiple shots, striking and critically wounding Pop Smoke. The men were seen fleeing on foot.

Pop Smoke was rushed by ambulance to Cedars-Sinai Medical Center in West Hollywood where he was pronounced dead.

Just hours before getting killed Pop Smoke may have unintentionally shared to the world his exact whereabouts.

In a video posted on his Facebook account the rapper showed a few bags that were gifted to him by luxury fashion brand Amiri. One of the bags contained a card with Pop Smoke’s address and personal information which were not blurred out and could be seen in the video.

Pop Smoke posted his address on social media and few hours later he was murdered, this shows how careful we gotta be with whatever we share for the world to see. Not everyone wants to see you win in life

As of now no one has been arrested for the shooting and there are no suspects.

The suspects have not been caught and as far as we know they have not been identified. It’s unclear if Pop Smoke knew the shooters. One man was placed in handcuffs but cops determined he was not involved and was released.

Rest Up Pop Smoke, you were too young. God Bless and comfort your family. What a crazy trajectory you were on man smh 🙏🏾🙏🏾🙏🏾

R.I.P to my man Pop Smoke, No sympathy for winners. 🕊God bless him pic.twitter.com/5ZFa5ILUzl