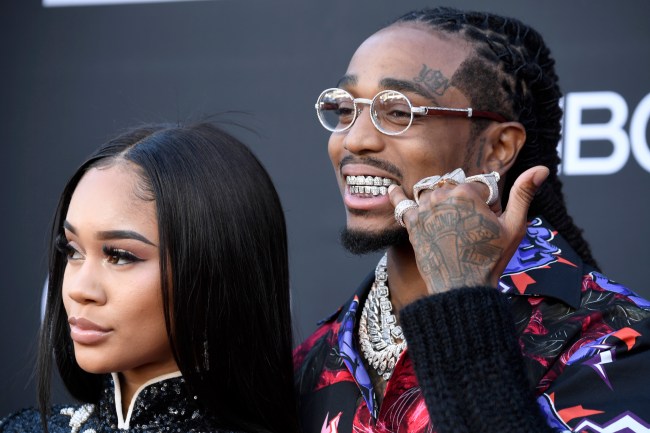 Apparently, Quavo did indeed get petty during his high-profile breakup with Saweetie a few weeks ago.

Back in December, the Migos rapper gave his then-girlfriend an expensive “iced-out” Bentley as a Christmas gift.

After their break up it was rumored that Quavo had the dealership take back the Bentley because it was leased.

The friend claims that the Bentley was “leased” in Quavo’s name. And that the Migos rapper had a deal with the dealership that he could for a fee end the lease early, and the dealership would repossess the car and let him out of the contract.

And that’s exactly what Quavo did, according to his friend.

The insider continued, “He’s not being petty or anything, but she’s on Twitter talking sh*t. So he took back the car”.

Despite previously denying the rumor Quavo appears to admit that he had the Saweetie’s Bentley repo’d in a preview for a new song that leaked online.