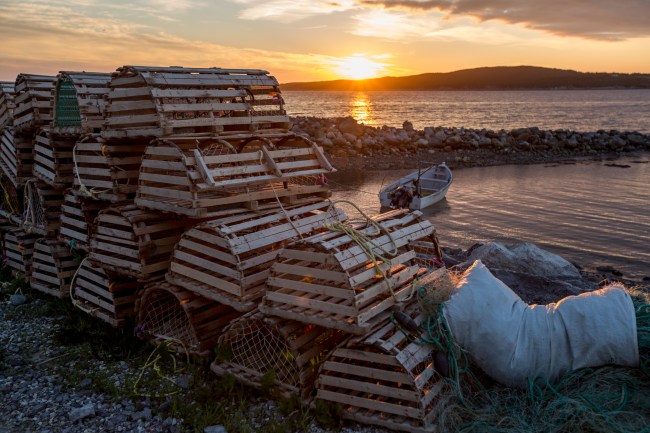 One of the rarest lobster in the world was caught off of Ireland this week. Not too long ago, I brought you bros news of this rare yellow lobster that was caught. In the wild, yellow lobsters appear roughly 1-in-every-30 million. That’s got nothing on this white lobster.

According to the American Lobster Institute in Maine (why don’t I work there?), a white lobster is one of the rarest types in existence at 1-in-every-100 MILLION. West Cork lobster fisherman Donagh O’Connor pulled one up in Ireland’s Bantry Bay and was amazed by what he’d caught. And even though they genetic mutation is 1-in-100 million their actual presence might be MUCH rare than that because the white color makes them an easy target for predators so they often get eaten.

This story also has a happy ending because the lobster will now be donated to the Oceanworld Aquarium in Dingle, Ireland where these extremely rare genes will be used as part of a breeding program:

“We were about six miles out of Castletownbere when we lifted the pots. I knew white lobster were rare but I had no idea they were that rare,” said the skipper of the Fair Maiden, which he fishes out of Castletownbere for brown crabs along with his crewman, Laurynas Jonusas.
“When we learned how rare she was, we decided to give her to Kevin Flannery at the Oceanworld Aquarium in Dingle. Females have a much wider tail than the male, and she has eggs up under so she’s in spawn. Kevin is going to try and get her to lay and hatch out small lobsters.” (via IrishTimes)

This isn’t the white lobster from above, but here’s another look at what these 1-in-100 million white lobsters look like:

You have to love seeing a rare specimen like this getting donated to the aquarium for breeding and so people can buy a ticket to see it. What’s the alternative, eating it? You can eat every other lobster on the planet and be happy, there’s no reason to scarf down these rare white, blue, yellow, and split-colored lobsters.