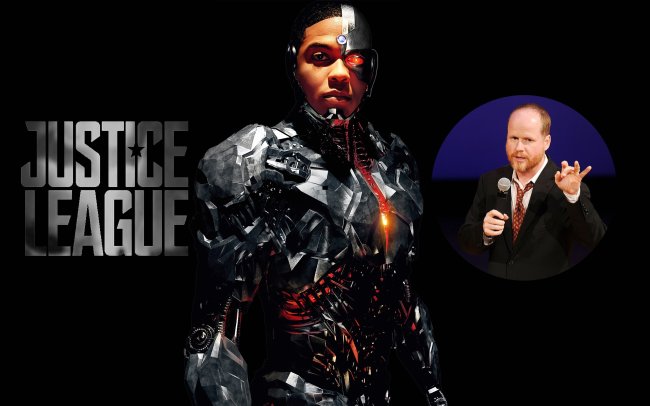 Update: The original Forbes article has removed the following quote from their article:

“What set my soul on fire and forced me to speak out about Joss Whedon this summer was my becoming informed that Joss had ordered that the complexion of an actor of color be changed in postproduction because he didn’t like the color of their skin tone.”

Additionally, the following note was added to the top of the story:

“This story has been updated from its original version, including the wording of the original headline.”

The article was edited following comments from Warner Bros. and representatives for Joss Whedon.

After months of vague accusations of misconduct against Justice League director Joss Whedon and the higher-up Warner Bros. producers involved with its production (specifically, Geoff Johns and Jon Berg), Cyborg actor Ray Fisher has specified his claims in an interview with Forbes, saying that Whedon “ordered the complexion of an actor of color be changed in post-production because he didn’t like the color of their skin tone.”

“What set my soul on fire and forced me to speak out about Joss Whedon this summer was my becoming informed that Joss had ordered that the complexion of an actor of color be changed in post-production because he didn’t like the color of their skin tone. Man, with everything 2020’s been, that was the tipping point for me.” Whedon did not immediately respond to a request for comment,” Fisher said to Forbes.

“The erasure of people of color from the 2017 theatrical version of Justice League was neither an accident nor coincidence.”

In addition to the accusations of altering an actor’s complexion, Fisher points out that multiple actors of color had their roles cut entirely:

The role of Ryan Choi, played by Zheng Kai, was cut. Joe Morton, who played Cyborg’s father Silas, had his role mostly cut and reshot. While Zack Snyder included a diverse cast of characters, many of them had roles significantly altered, or disappeared from the film altogether before it arrived in theaters. Karen Bryson, who played Cyborg’s mother Ellinore, had her role cut as well. Additionally, Kiersey Clemons, who played Iris West, was removed from the film. All of them will appear in 2021’s Zack Snyder’s Justice League. [via Forbes]

The current situation involving Fisher’s dispute with Justice League is sort of unprecedented, as the studio is also moving forward with The Snyder Cut, which is not only in the midst of ~$70 million reshoots, but reshoots that involve Fisher. Fisher has always been a supporter of both Zack Snyder — the original director of Justice League whose walking away due to a family tragedy opened the door for Whedon to finish the project — and The Snyder Cut, so he’s clearly compartmentalizing the two experiences.

This isn’t the first time that Whedon, who did not respond to Forbes‘ request for comment, has been embroiled in a controversy that calls his character into question: the Avengers director has been accused of both infidelity and misogyny, such as the time he allegedly fired an actress for getting pregnant. The criticisms have even come from Whedon’s own ex-wife Kai Cole, who accused the Buffy The Vampire Slayer creator of being a “fake feminist”.

Fisher’s interview goes on to detail other shady dealings by the studio, such as telling the cast and crew that Whedon was “handpicked” by Snyder to finish the film, which he stepped away from after the suicide death of his daughter. Snyder has since gone onto say that hiring Whedon was not his decision and that he’d sooner burn The Snyder Cut than include any of the footage from the theatrical cut.

As for where the situation currently stands, a new third-party investigator — “the same one that did the final Kevin Tsujihara investigation before he was taken down” — has been hired to investigate Fisher’s claims, which he says can be supported by witnesses.

“I’ve got a lot of witnesses that are willing to be interviewed, they’re just waiting on my go-ahead that it’s safe to do so,” Fisher said.