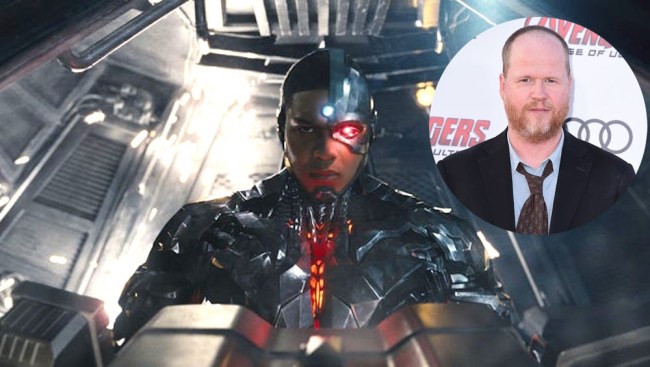 Just a couple of days after tweeting a “forceful” retraction of a previously-positive statement about Justice League director Joss Whedon, Ray Fisher — the actor who played Cyborg in the widely-panned DC blockbuster — has doubled-down on his anti-Whedon rhetoric, as he took to Twitter to call the director’s on-set conduct “gross, abusive, unprofessional, and completely unacceptable.”

“Joss Wheadon’s on-set treatment of the cast and crew of Justice League was gross, abusive, unprofessional, and completely unacceptable. He was enabled, in many ways, by Geoff Johns and Jon Berg,” Fisher wrote on Twitter.

Johns, a prominent comic book writer, served as the President and Chief Creative Officer of DC Entertainment from 2016 to 2018, which is exactly during the timeframe that Fisher was working for Whedon. As for Jon Berg, he’s a film producer whose credits include Elf, Edge of Tomorrow, Wonder Woman, Justice League, Aquaman, and Doctor Sleep.

I’d like to take a moment to forcefully retract every bit of this statement: pic.twitter.com/1ECwwu6TG1

This isn’t the first time Whedon has been accused of misconduct, particularly when it comes to misogyny, such as the time he allegedly fired an actress for getting pregnant. The criticisms have even come from Whedon’s own ex-wife Kai Cole, who accused the Buffy The Vampire Slayer creator of being a “fake feminist”.

Fisher’s sudden and stern condemnation comes just about a month after Warner Bros. essentially admitted to erring in hiring Whedon to finish directing Justice League by announcing they were going to be giving the film’s original director, Zack Snyder, an extra $30 million to vision his cut of the film for HBO Max.