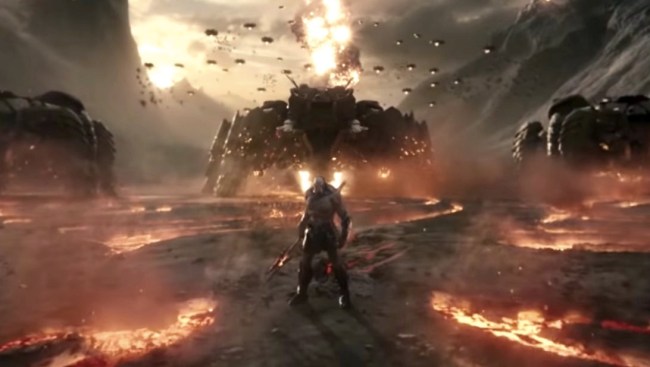 I harbor no ill will towards Joss Whedon. In the history of comic book cinema, Whedon’s name is one that will forever be etched in the history books as he wrote and directed The Avengers, the first Marvel Cinematic Universe team-up film that not only grossed over $1.5 billion but reshaped the future of the movie industry as we know it.

But with everything we’ve seen since, most notably Avengers: Age of Ultron and Justice League, it’s only become more evident with time that Whedon’s slapstick brand of superheroing was actually just lightning in a bottle. While Marvel Studios has obviously kept some of the zinging nature of Whedon’s writing in their DNA, it’s clear that the genre has moved beyond what he originally brought to the table close to a decade ago — just look at the difference between the two Whedon Avengers films and the two Russo Brothers Avengers films. Day and night, almost quite literally in terms of their very nature.

Unfortunately for fans of DC like you and I, Warner Bros. failed to realize that Whedon’s style was a pillar of the past and brought him in to finish Justice League following the tragic passing of Zack Snyder’s daughter. What came as an absolutely muddled mess, torn between the admittedly dour, grey tone Snyder established in Man of Steel and Batman v. Superman and Whedon’s trademark slapstickery. Everything that Snyder had built in the previous two films, whether you enjoyed it or not, was nothing if not consistent. Heavy as it may be, the arc and aesthetic he’d built was uniform. You may not have liked his interpretation of Superman, Batman, Wonder Woman, and the rest of the Justice League, but at least it was cohesive. Once Whedon took over, it was if the characters had been transported to another cinematic universe entirely.

This brings us to yesterday’s tantalizing teaser trailer and why it already promises to be greater than the theatrical Whedon cut: its tone. Despite just being 30-seconds long, Diana Prince’s horrified gaze as she discovers an ancient Darkseif ruin is in line with the trajectory of the story that began back with Man of Steel. None of this quippy-one-liner Joss Whedon bullshit — the most devastating force in the history of DC Comics has Earth in his crosshairs, that’s quite literally the furthest thing from funny.

When Man of Steel arrived, it was an attempt to imagine how the real world would cope with a god-like being crash landing from the stars and into a Kansas cornfield. Some — not me, but some — say Snyder took that vision too far in the film’s third act when Superman and Zod all but leveled downtown Metropolis, with Superman only being able to stop the massacre by snapping Zod’s neck. It was extreme relative to the character’s history, but it was real. And that’s what I loved about Snyder’s universe and what we ultimately lost when Whedon took over.

Hopefully, this trailer is but the first sign that we’ll be getting the true ending to the story we were promised.