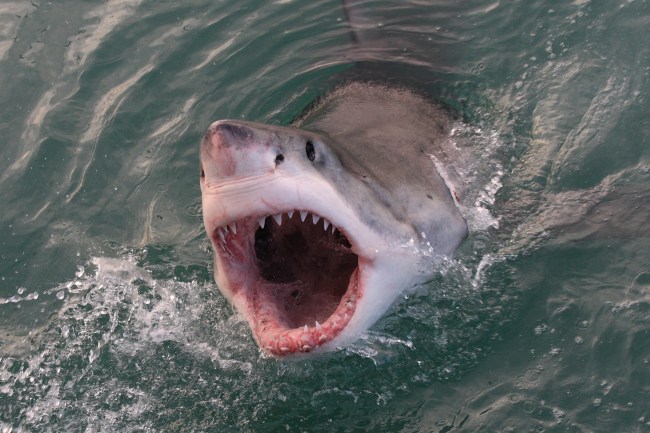 The official ‘Shark Week 2019’ concluded on Sunday, August 4th but we are still very much in the swing of Summer and that means millions and millions of Americans swimming along the coastlines and in close proximity of sharks. There were three shark attacks in three days in Florida a week ago but the mainstream news hasn’t really blown these shark encounters out of proportion yet.

An interesting story caught my eye this morning on Business Insider. It’s about the real-life shark that terrorized New Jersey back in 1916. It’s one of only two documented instances in history of one shark killing multiple people.

I remember years and years ago there was a Shark Week special about this real-life shark that was the inspiration for Steven Spielberg’s movie JAWS. I thought I’d pull some excerpts from the story on B.I. for you dudes to check out since a lot of people don’t realize that JAWS was based on a real-life shark which caused so much panic that President Woodrow Wilson even addressed it.

It started with two attacks within six days in New Jersey:

On July 1, 1916, Charles Vansant was maimed in the water in front of a hotel in Beach Haven, New Jersey. He died as a result of his wounds. Less than a week later, Charles Bruder perished in Spring Lake, just 50 miles up the Jersey Shore. His legless body was pulled from the water.

Then 10-year-old Lester Stilwell was bitten and dragged under the water while playing with his friends in Matawan Creek. A 24-year-old local, Watson Stanley Fisher, hurried into the creek to look for Stilwell’s body, but he, too, was mauled by the shark and eventually died.
That same day, just a mile downstream, 14-year-old Joseph Dunn was also bitten. He survived the attack. (via)

These high-profile deaths from shark attacks instantly became national news and garnered so much attention that the President of the United States directed federal aid towards the string of attacks and sought to create an all-out war against the shark (or sharks):

President Woodrow Wilson allotted federal aid to “drive away all the ferocious man-eating sharks which have been making prey of bathers,” the Philadelphia Inquirer reported on July 14, 1916.

The Philadelphia Evening Ledger said on July 15 that “the shark menace was formally discussed the day before at a Cabinet meeting in Washington.” The newspaper reported that a ship would be dispatched to cooperate with the Coast Guard, and “active warfare against sharks instituted.” (via)

In New Jersey, local fishermen responded to the Matawan Creek attack by throwing sticks of dynamite in the water and working alongside the Coast Guard with nets to try and trap the shark responsible for the deaths.

One fisherman caught a 10-foot, 215-pound shark with 12 babies in its stomach. But it wasn’t until Michael Schleisser from New York caught an 8-foot, 325-pound Great White just a few miles away from the attack that the public was able to scale back the war on sharks. This shark had an estimated 15-pounds of human remains in its stomach which were identified as being from two of the victims.

After this shark was captured and killed the attacks stopped. But there’s still mixed thoughts on the attacks. Many experts believe the Matawan Creek attacks were from a Bull Shark since that species is adapted to live in brackish water and have been found a thousand miles up the Mississippi River.

According to Business Insider, the only other instance of the same shark taking multiple lives took place just a few years ago in Egypt:

Burgess said that in the 50 or so years he’s studied sharks, he’s aware of just one other incident that involved a series of bites by a single animal. In 2010, the Egyptian government requested Burgess’ assistance after a series of attacks on tourists near the Sharm el-Sheikh resort in the Red Sea.

Four people were attacked along the coast there on December 1, and three of the swimmers lost portions of their limbs. Four days later, a shark bit off a German woman’s arm while she was snorkeling in the area, and she died. (via)

NONE OF THIS should scare you. The number of shark attacks worldwide each year is insanely small when you consider that billions of people are swimming in saltwater.

You are more likely to get hurt doing just about every single one of your daily tasks than you are to ever be attacked by a shark. But these stories are fascinating, and if you want to check out the full story on Business Insider just click here to read more!