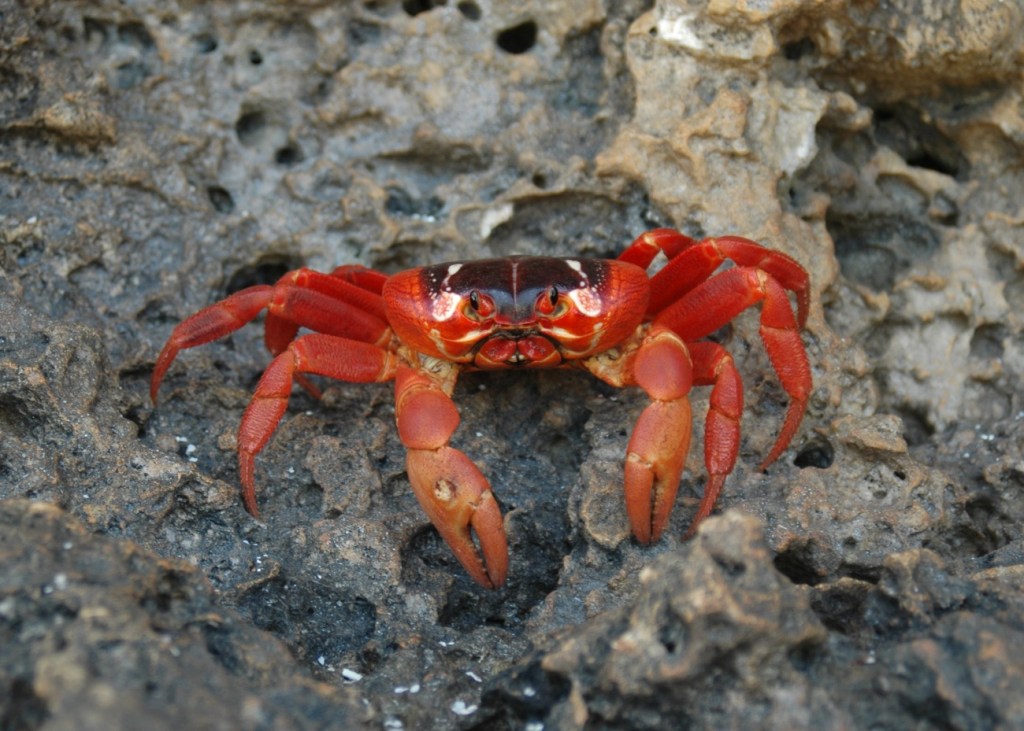 Christmas Island is home to an annual migration of red crabs that’s so massive life as the locals know it is brought to a complete standstill. Tens and tens of millions of these red crabs swarm the island, shut down traffic, and it’s truly one of the strangest sights to behold in nature.

This annual migration of the red crabs on Australia‘s Christmas Island is currently unfolding. Locals have built bridges on the island so the crabs can crawl over the roads instead of getting plowed down by cars. But there are tens and tens of millions of crabs and some carnage is simply unavoidable.

The BBC and other news outlets traveled to Christmas Island recently to witness the red crab migration firsthand and the footage is surreal. This is simply too many crabs in one place. In fact, this might be the proper amount of crabs for the entire planet. But when the crabs are all concentrated on an island that’s only 52 square miles with a population of 1,800 citizens then real life is verging on being a horror movie.

Check it out and be glad you don’t live there during this crab migration even though life on Christmas Island would probably be pretty sweet throughout the rest of the year:

This isn’t the first time the BBC has sent a film crew to Christmas Island to witness this annual migration of red crabs. I remember seeing this segment a few years ago from BBC Earth and being completely blown away.

What these Christmas Island Red Crabs are doing is making an annual pilgrimage to the ocean where they will lay eggs. The numbers of these crabs have been reduced by a few million in recent years after the Yellow Crazy Ant was accidentally introduced to Christmas Island.

These Christmas Island Red Crabs live for anywhere between 20 to 30 years in the wild and they reach sexual maturing between 4 and 5 years old. It’s at that point that these crabs start marching to the ocean every year to lay eggs. Here’s that wild BBC Earth segment from a few years ago.

Christmas Island where this takes place is a territory of Australia that’s in the Indian Ocean about 200 miles south of Sumatra and Java. It’s nearly 1,000 miles from the closest point to Australia and it’s covered by dense rainforest with some really cool animals that are only found there like the Christmas Island Flying Fox (fruit bat).