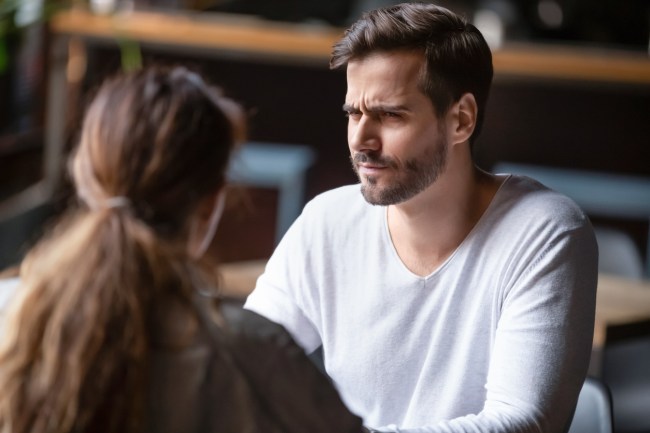 One woman has some controversial relationship advice: Put men on tests during dates to weed out the bad apples.

Gabby from South Florida has strict dating rules, including putting men through tests on dates to see if they are worthy of her time.

In a popular TikTok video, Gabby put a man through a test to see if he cared about her safety. The man failed the test.

Following drinks at a bar in Miami around 4 a.m., they both were waiting for their Uber rides. The man’s Uber showed up first, but he offered to wait with Gabby until her ride showed up. She politely declined, but secretly she was testing him. He went into his Uber and left. Gabby set a trap, and the man left her.

“If you don’t care about my safety and making sure I get into my Uber safely – you’re done,” Gaby said in a TikTok video. “This man failed my protection test, and he never heard from me again.”

Gabby provided some relationship advice, “Men, you need to be walking her to her car, to her Uber, to wherever to make sure she gets home safely.”

Gabby utilizes another test to see if men will give her the shirt of his back by telling the man that she is cold.

“I wanna see if you will give me the shirt off your back, and if you don’t – you’re dead to me,” she said.

Gabby doesn’t subscribe to an agenda of feminism, instead, she calls for the man to pay for the first date.

“Let’s stop this conversation and the back and forth, 50/50 bullsh-t, first date; he needs to be paying 100 percent,” she said with the Sex and the City theme song playing in the background.

Gabby said if a man is not paying all of the bill on a first date, “Then, like, goodbye.”

Commenters had strong opinions about the viral video clip that has been viewed more than 250,000 times.

A TikTok user responded, “The girls that get it, GET IT.”

“Normally I don’t agree with tests because it’s all about being sincere, but this is just common sense stuff to look out for the lady you’re with,” another commenter said of the relationship advice.

However, some people blasted Gabby for being cryptic by putting men through tests and not expressing exactly what she wants.

“Test this test that. What are we in high school? Stop with the games and communicate! Way too grown for all this,” one person exclaimed.

“Next time don’t tell him it’s ok. I always let men wait,” another declared. “Don’t tell them no as a test.”