REVIEW: ‘Reminiscence’ Is The Type Of Movie We Deserve More Of 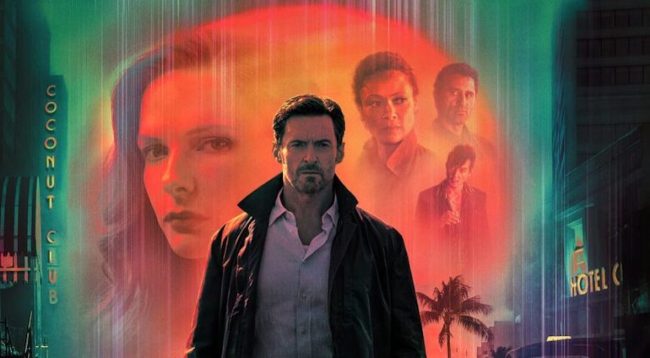 They say Hollywood lacks original ideas. That the industry has become nothing but an endless cycle of reboots, sequels, and spin-offs. A wasteland of intellectual property and franchising. And for the most part… they’re right. Long gone are the days where a movie star and an awesome concept were all it took to craft a hit film, both critically and commercially. Back then, sequels were largely an afterthought, at least until the original proved its worth. Today, the title of the film is the star, the concept is largely a comic book that came out 30 years ago or a video game from a decade ago, and the sequel is teased in a post-credits scene. And truth be told, the audience — you and I — are just as culpable as the studios are. Hollywood goes where the money is — our viewing habits merely paved the path for them.

Or maybe that’s just how I remember it. Memory is subjective, after all, as it twists and turns in your mind with every passing moment, taking a new shape and finding a new form whenever we will it so. Memory is not formed by nature, but by nurture. So perhaps my memories of what Hollywood was and should be are skewed. Maybe it’s always been this way. Regardless of how I remember the past, though, the present remains true for us all: original idea-driven films starring classic movie stars are a dying breed.

That fact, however, is what makes Lisa Joy’s directorial debut Reminiscence all the more impressive of a feat, and therefore, all the more worth seeing. It’s a mixture of what filmmaking was, what it is, and what it should be. It’s half modern-day sci-fi, as it leans into its not-too-distant-future technology and expansive world-building, and half throwback noir, taking you on a journey into both mystery and memory with one of the best movie stars we have today, Hugh Jackman, at the helm.

Set in a world raged by climate change, Jackman’s Nick Bannister — and the world around him — live largely by night as the days have become far too hot. His city, Miami, finds itself underwater, leading to a society that finds solace in the past. That’s where Bannister and his assistant Watts (Thandiwe Newton) come in, as they’re purveyors of a technology that allows patrons to relive their memories. Bannister’s livelihood becomes secondary, though, when the lovely and mysterious Mae (Rebecca Ferguson) walks in one day.

From there, what unfolds is a mix of old Hollywood and new: a moody detective noir in a sci-fi world propelled with A-list stars. Everything about the world of Reminiscence feels real, which is a credit to the meticulous, inventive world-building, set-pieces that keep the momentum going,  engaging performances from the cast. Whereas most high-concept films tend to falter as their conclusion begins to appear on the horizon, Reminiscence flourishes: its third act is its best and its ending is one that both surprises and satisfies.

In a moviemaking landscape built on the audience’s past relationship with the source material, Joy sought to create something new with Reminiscence, and in that, she succeeded. If we don’t show up for movies like this, they’ll become just a distant memory. Just like Jackman’s Bannister fighting through the Sunken Coast to discover the truth about Mae, Reminiscence is a movie worth fighting for.