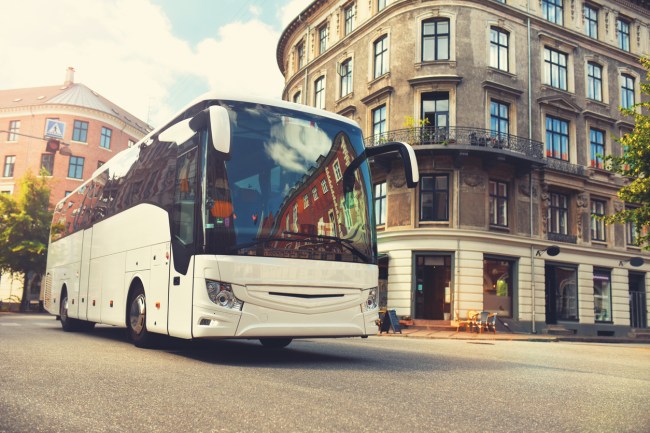 If you didn’t have a fear of flying before this year, there’s a pretty damn good chance you have one now. In the past, you could always look at the cheery statistics concerning the forms of transportation that claim more lives on a yearly basis in an attempt to assuage aviophobia, but good luck convincing me planes are the safest mode of transportation at this point in time.

When I boarded a flight back in May, I was thrilled to find out I was sitting in the middle seat with two aggressively large men on either side of me. Whatever happened to the “six feet apart” thing, you guys? What’s the point of keeping your distance while you’re going through security if there’s going to be a man breathing Flamin’ Hot Cheetos breath directly into my soul?

A couple of months later, the situation is worse than it’s ever been in certain states but most airlines are still packing their planes to capacity and attempting to conduct business as usual in decidedly unusual times. There may be certain situations where air travel is unavoidable, but unless that’s your only option, I highly recommend embracing the road trip life.

However, the most carefully curated playlist in the world can only do so much to distract you from the monotony you’ll inevitably find yourself grappling with. Does a nice car make things slightly more bearable? Sure, but your seat could be designed by a German engineer with unparalleled knowledge of ergonomics and you’re still going to end up loathing it once you’ve been confined to it for five hours.

So what’s the solution? Well, if you’re a fan of rock ‘n roll movies like Almost Famous, the rock ‘n roll lifestyle portrayed in them, and the piles of cash required to maintain it, Senators Coaches may have exactly what you’re looking for.

According to Bloomberg, the Alabama-based company was planning on having its luxury RVs transport musical acts including The Rolling Stones, Pearl Jam, Elton John, Eric Clapton, and Jimmy Buffett from concert to concert during the tours scheduled for this summer. However, with all of those tours canceled, it’s now possible for SoundCloud rappers and any amateur wannabe musicians to make a potentially ill-advised financial decision to get a taste of the life they dream of.

With live music not really being a thing at this point in time, it’s now possible for anyone to rent a Senators coach to take them where they want to go—assuming they’re in a position to pay $2,500 a day, a price that includes gas and the wages of the driver (although it’s worth noting “a day” is actually “10 hours” thanks to a cap on how long they can be behind the wheel). It does not, however, include sold-out arenas packed with fans screaming your name or the ticket revenue that comes with playing a show at one.

Why wait? What have you been doing on your weekends anyways? Biking in your neighborhood? Going on long walks? That’s not cool. You know what is? Renting an RV that The Rolling Stones might’ve used before! Senators does insist on giving vehicles a thorough cleaning between uses, which is probably good considering the current circumstances but kind of a bummer when you consider you’re missing out the chance to crash in a room surrounded by walls covered in Mick Jagger’s DNA.

If you need more convincing, here’s a clip that could easily be confused for the trailer for a new Christopher Nolan movie.

Can you really put a price on that? Well, yes, you can, because as I mentioned before, it’s $2,500 a day. If Congress could try to pass the vacation stimulus proposal that was getting tossed around last month, that’d be great.