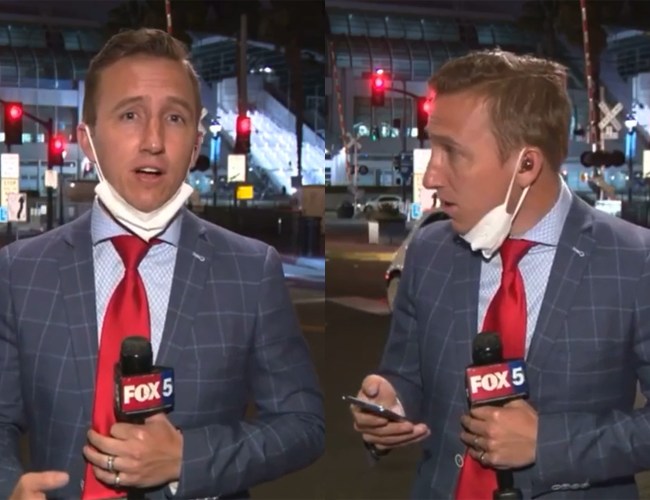 Jeff McAdam of Fox 5 San Diego must meditate daily or do yoga poses right before a live broadcast to remain this chill just yards away from a police shootout.

McAdam was filing a report about San Diego Comic-Con when shots rang out from a street over and the reporter just looks over, casually assesses the situation, and steps off-camera and possibly to shelter.

McAdam never stops talking and continues to broadcast and files a report on not just Comic-Con but a random shooting.

Watch McAdam read from his phone, acknowledge the gunfire, and just keep doing his thing.

Officer-involved shooting in the middle of my live report. Full story and footage on @fox5sandiego at 10 pic.twitter.com/aHZNpOBn17

McAdam then reported on the situation via Twitter when the cameras stopped rolling.

Police confirm gunshots were exchanged between suspect and officer. Thankfully, no one injured @fox5sandiego

BTW – Comic-Con is canceled again for the second straight year.