A Republican, Democrat, And Independent Sit Down And Smoke Weed Together While Talking Politics 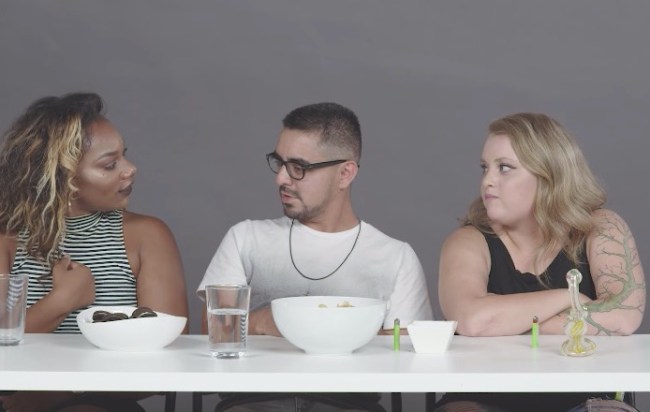 Can one of you readers out there go ahead and start a petition to make this format into a nightly TV show in primetime. Sure, this was hard to watch at times because we’ve become so polarized as a nation. There was a lot of eye rolling and tension, but the cannabis also helps people talk like human beings:

If we’re being honest here, I fully believe this same level of discussion can be achieved without smoking weed. All it takes are the various political factions in America to sit down and force themselves to talk with one another.

Unfortunately, the country is more polarized now than it has been at any point in my lifetime and I can’t imagine a world where the average politically active Democrat and Republican are going to sit down and hash it out. Thankfully, we have the folks over at Cut Video who are behind not only this video but other hit videos like ‘Grandmas Smoke Weed For The First Time And Play Cards Against Humanity‘ and ‘A Priest, Rabbi, And Atheist Smoke Weed Together‘. This weed-centric approach to YouTube and political discourse has worked out great for Cut Video in the past, and they’re pumping out some of the best videos on YouTube right now. I’d hate to see all that change if the laws on recreational marijuana are ever reversed and videos like this become no longer legal to film…..