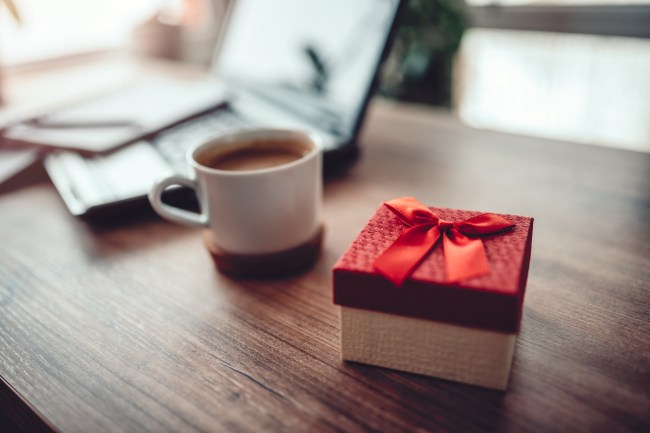 A New Jersey man has filed a lawsuit against a company that specializes in “ruining your enemy’s day” after a glitter bomb exploded in his face at work.

According to NJ.com, Nicholas Carretta, 47, of Oakland, is claiming that R&D Promos – which runs under the name of Ruin Days – sent him “multiple unsolicited, obscene and harmful packages” over the course of 18 months.

The lawsuit doesn’t name the person responsible for ordering the packages but states, “Ruin Days agreed with and entered into a conspiracy with John Doe(s) to harm Mr. Carretta by accepting the order to send him.”

Here are some of the pranks sent to Carretta at work.

In May 2019, a chocolate penis was sent to Carretta at his office in Fair Lawn inside a package “designed to disguise the true nature of its contents,” states the suit, filed last month in Superior Court of Bergen County.

In November 2020, Carretta received a spring-loaded glitter bomb that arrived in another nondescript package and blew up in his face, the lawsuit states.

The suit claims that the fake penis causes Carretta to suffer “fear, apprehension, harm, and emotional distress.” The suit also claims that when he received the fake chocolate poop, Carretta was “offended that the package of chocolate imitation feces came in contact with his body.”

While those two pranks are distasteful, the glitter bomb sounds like an absolute nightmare. As the father of two kids, my hatred for glitter runs deep.

“Carretta opened the package (and) the glitter bomb exploded in his face, causing glitter to strike him with force in the eyes, nose, and mouth,” the suit states. The glitter became “lodged in Mr. Carretta’s clothing, as well as a nearby desk, files, and carpet.”

That sounds like a neverending nightmare but the lawsuit and article never state exactly what Carretta did to deserve these revenge pranks so maybe he had it coming.

NJ.com is reporting that Carretta is seeking damages of $75,000, along with court fees and post-judgment interest.