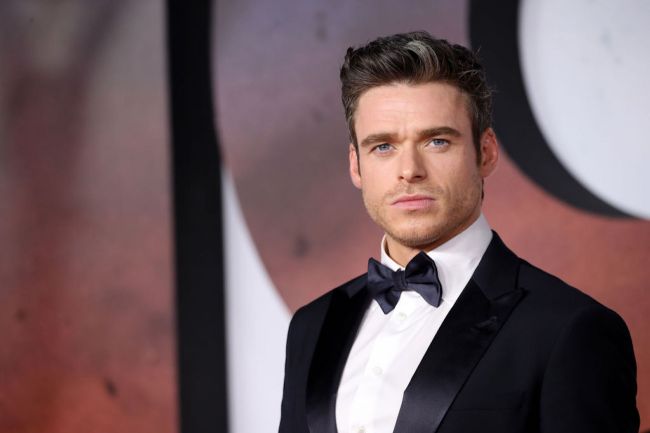 When No Time To Die hit theaters at the beginning of October, I published an article listing the actors I’d like to see be the next James Bond. Including names like Michael Fassbender, Idris Elba, and John Boyega, the actor at the top of my list was former Game of Thrones star and current Eternals lead Richard Madden. That’s a selection that’s far from being an original opinion, as Madden’s name is at or near the top of a lot of 007 wishlists floating around the world wide web.

At 35-years-old, he’s the perfect age for the part — two years younger than Daniel Craig was when he was cast in the role over 15 years ago. He’s also proven he’s got both the dramatic and physical acting chops, thanks to his roles in projects such as Game of Thrones, Bodyguard, Rocketman, and Eternals.

Naturally, given the seemingly widespread desire to see Madden put on the 007 tux, the Scotsman was asked about the part while on the red carpet at the Italy premiere of Eternals. Madden — who appears to have been whisked away by his PR team — delivered an electric yet bizarre response to the question by not answering at all and instead just walking away stonefaced:

While there isn’t much to discern from Madden’s response (or lack thereof), I will say this: his unwillingness to discuss the topic has to be taken as a positive sign by those who hope to see him cast in the role. If he truly had zero desire to play James Bond, he’d likely say so, but because he’s likely harboring a legitimate interest in the iconic part, he’s keeping his cards close to his chest. Longtime Bond producer Barbara Broccoli said that the casting process for the next James Bond will begin next year and I’d be shocked if Madden, a rising star with or without the role of 007 under his belt, wasn’t one of her first calls.

RELATED: Casting The Next James Bond – Who Should Play 007 After Daniel Craig?