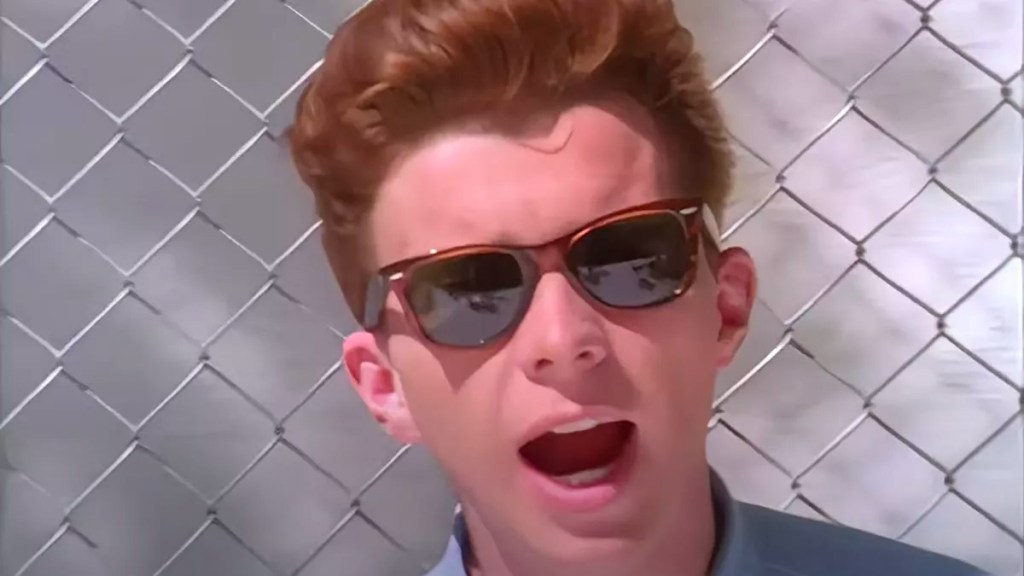 Rick Astley came up in the 1980s as a singer but he’s really best known because of Rickrolling on the Internet. Pretty much everyone is familiar with Rickrolling but for the 2 or 3 out there who aren’t, it’s a bait-and-switch internet prank where someone sends you a link to something interesting and then when you click the link the YouTube video for ‘Never Gonna Give You Up’ opens up and starts playing.

It’s hard to pinpoint the exact moment that Rickrolling began but a man by the name of Erik Helwig claims to have started it in 2006 when he called a Michigan radio station and played the song. Rickrolling then took off on 4Chan in 2007 and from there it really took off.

Singer Rick Astley recently spoke with Fox News about the first time he was rickrolled. He was completely bewildered. He didn’t understand what was happening, why it was happening, and he didn’t have time for the silly shenanigans. Now it’s come to virtually define his entire career.

Rick Astley Describes Being Rickrolled For The First Time

Astley told Fox News “a friend of mine ‘Rickrolled’ me before I even knew what it was. He had to do it a couple of times because I didn’t know what he was doing. I’m just like, “Why is he sending me this?” And my video just suddenly shows up.”

He added “I kept asking myself, ‘What is he doing?’ I remember I was on holiday [with my family] in Italy at the time. I was totally chilled out and I just kept saying to myself, “I don’t need this in my life right now.” I know the video, I’ve seen it a few times. So in the end, we had an actual telephone conversation. We went old school and he explained it to me. He lives in California and works in music as well. And he works with a lot of guys who are younger than him. So obviously, they’re right on the tip of everything all the time.”

How could he not be completely confused by a friend just sending him his own music video without any explanation?

Rick added that “those guys were very into “Rickrolling.” But I just thought it was really weird. You know, here’s a friend of mine who lives on a different continent and is sending me a video that then clicks into my song. It was just really weird and it was something difficult for me to get my head around at first. Let’s face it, that video is from a long time ago. I look like I’m 11 years old and wearing my dad’s overcoat. I just didn’t get it at first.”

The song is now up to over 1.1 BILLION views on YouTube.

Rick Astley is a wealthy man. He has an estimated net worth of around $16-$18 million and he still makes a great deal of money from live concerts and touring. Interestingly, he makes virtually nothing from the billion+ views of his 1987 ‘Never Gonna Give You Up’ because he didn’t write the song and only receives a performer’s credit.

If you want to read the full Rick Astley interview on Fox News you can click right here to learn about what he’s up to these days.