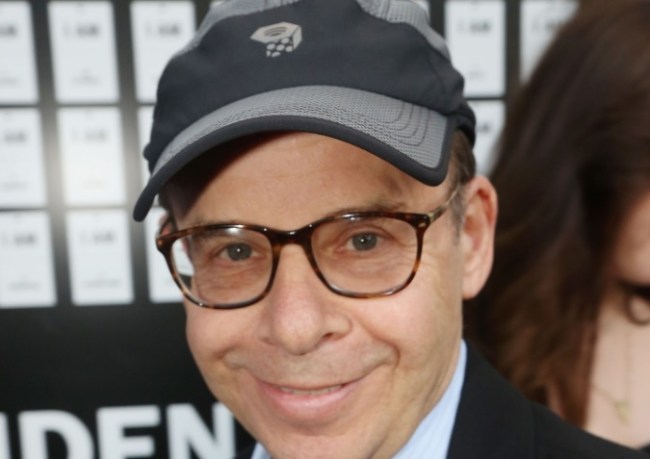 The man who was caught on camera last month randomly sucker punching beloved actor Rick Moranis in the face has reportedly been arrested and is facing serious charges.

Last month, the 67-year old Moranis was punched by a man while was walking down the street near his New York city apartment.

🚨WANTED for ASSAULT: On 10/1, at 7:24 AM, a 67-year-old male victim was walking southbound on Central Park West in the vicinity of West 70th Street, when an unidentified male struck him in the head with a closed fist, knocking him to the ground. Have info? Call/DM @NYPDTips pic.twitter.com/ZvSUPjtVdp

The 67-year-old actor and comedian was reportedly walking when the suspect punched him in the head, knocking Moranis to the ground. According to the NYPD, Moranis took himself to the hospital before later reporting the incident to police at the 20th Precinct.

The NYPD says the attacked occurred on Central Park West near W 70th Street around 7:30 a.m. Thursday. Video of the assault was tweeted by police and includes a look at the suspect, dressed in black and wearing an “I Love New York” hoodie. The NYPD called the assault “random” and “unprovoked.” [via NBC New York]

Law enforcement sources tell TMZ … NYPD officers arrested 35-year-old Marquis Ventura this weekend in connection to the attack that left Moranis knocked on his ass in Manhattan while walking through some scaffolding in the Upper West Side last month.

We’re told Ventura was booked on a felony assault charge — which applies since Rick is technically a senior citizen … basically, if you attack someone who’s 65 years old or above, any assault charge that would follow is upgraded. Believe it or not, Rick’s sitting pretty at a ripe 67.

The NYPD confirmed the arrest on social media.

Thanks to an eagle-eyed sergeant from @NYPDTransit, this suspect has been apprehended and charged. https://t.co/cKtkgzc3vU