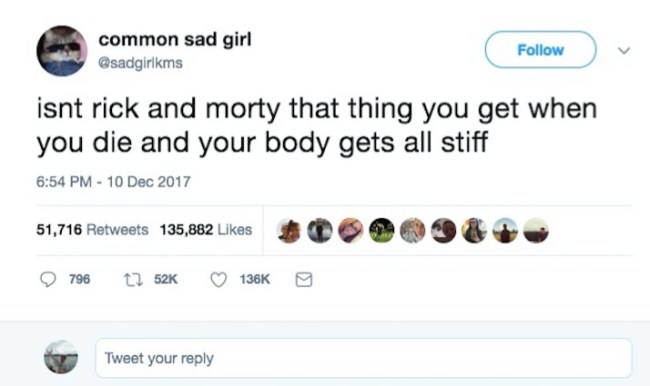 Some days on the Internet are better than others. This is one of those days. Earlier this morning I came across a Twitter mega thread that’s kind of, sort of, maybe about Rick & Morty but in actuality, it’s about people crackin’ jokes and having fun on the Internet like we used to. Everyone’s so uptight these days and have forgotten how to laugh.

Below, I’ve included a literal metric shit ton of these tweets. You’re going to enjoy these, there’s no way around it. But, there are plenty of more tweets in the original thread and you can check out that thread in full here. One thing you should know is that you don’t need to be a Rick & Morty fan to enjoy this at all. This is just a massive thread with people making jokes about the actual name Rick & Morty and nothing to do with the show itself. Also, you can always find me on Twitter at @casspa if you want to tag me in tweets like these. 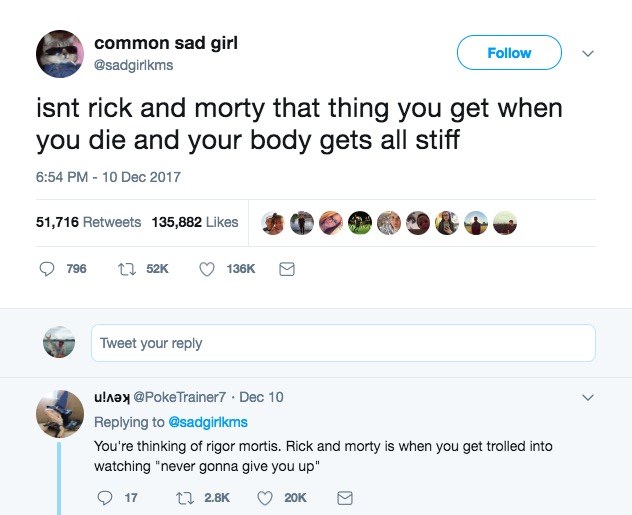 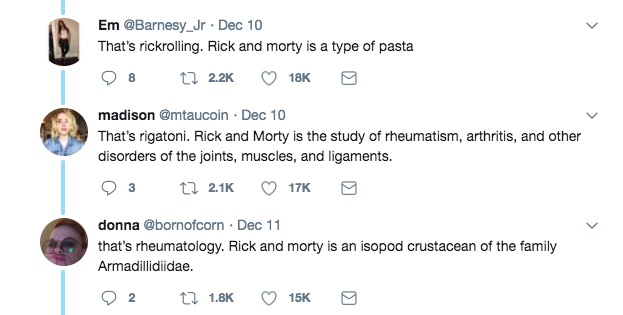 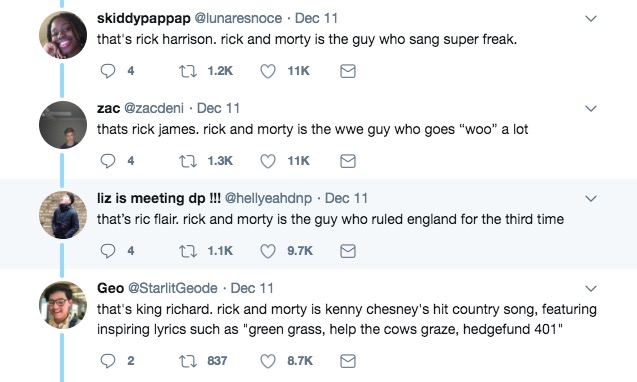 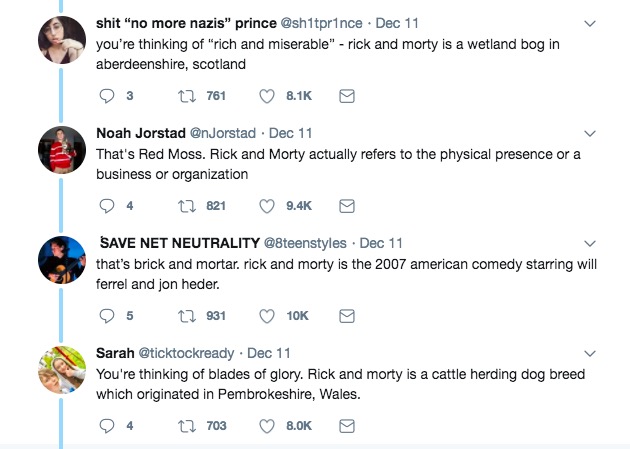 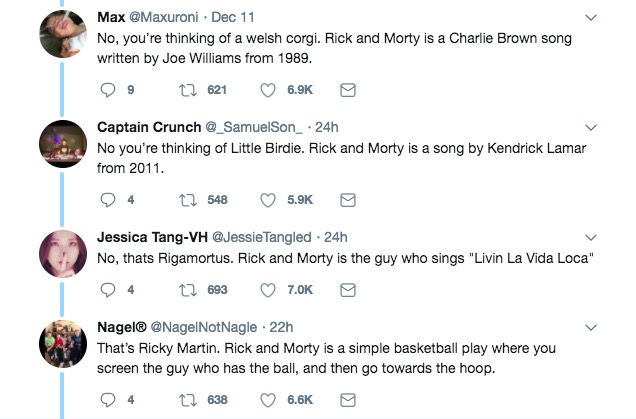 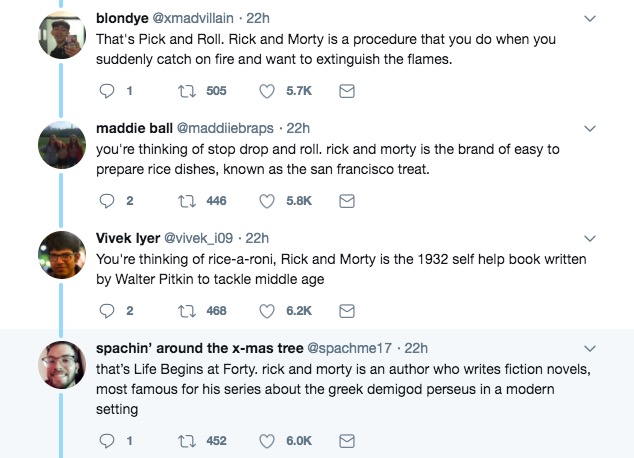 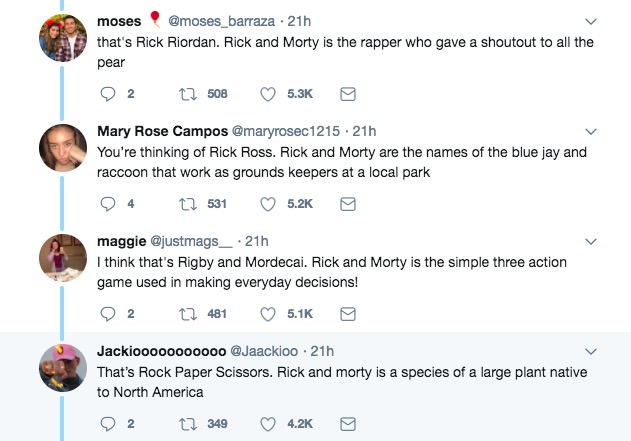 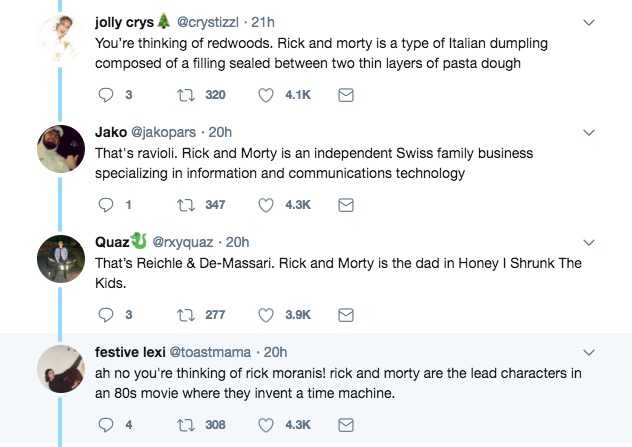 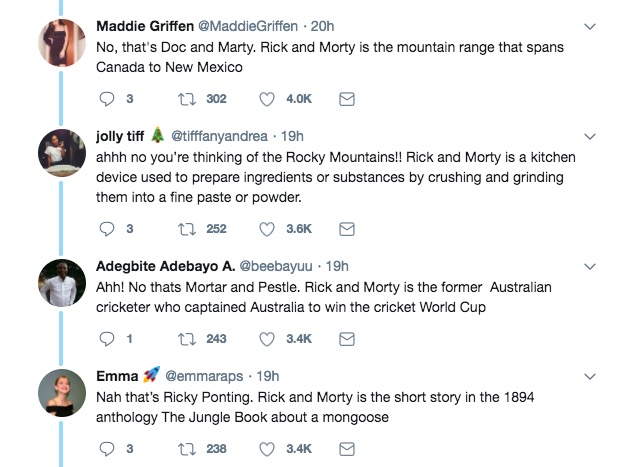 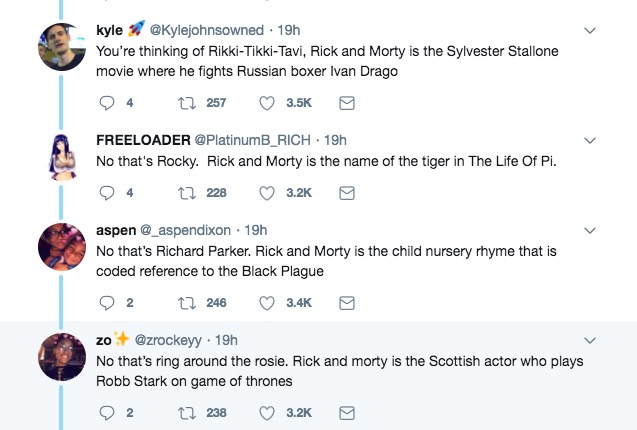 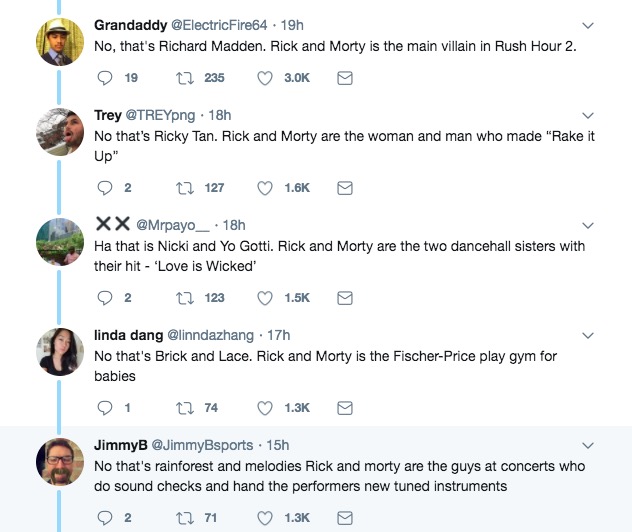 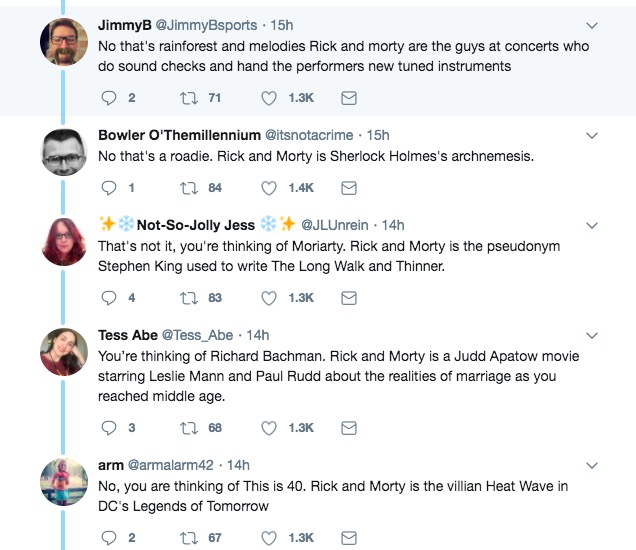 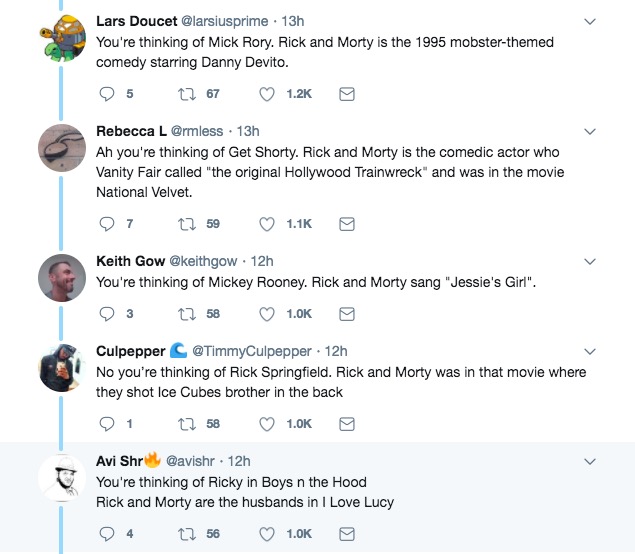 Like I said before, the jokes keep going on and on and on. If you want to check out the original thread on Twitter you can find that here. And if you want to hop in there with your own continuation of the jokes I highly suggest getting in on the action. It’ll probably lift your spirits to be reminded that there’s actual humor left on the Internet and that everyone isn’t actually a Russian troll in hiding.