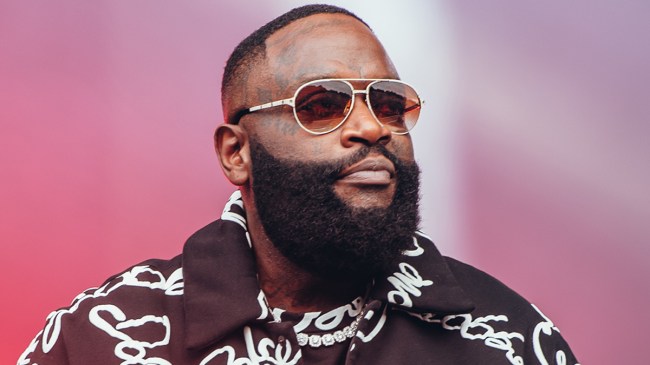 It’s been over 15 years since Rick Ross took hip-hop by storm with the release of “Hustlin,'” the single for his debut album that marked the start of a lengthy career defined by his boisterous braggadocio, lyrics littered with references to luxury trappings (in multiple senses), and, of course, the “M-m-m-m-m-m-Maybach Music” tag.

While the rapper hasn’t evolved that much as an artist since then, he hasn’t really needed to; Ross has had no trouble settling into the lane that’s allowed him to cruise through life while doing what he does best—which he arguably hasn’t done better than in his featured verse on “Devil in a New Dress.”

However, he has definitely evolved as a person in more than a few ways.

When Ross first started to make a name for himself, he had a physique that could be politely described as “hefty.” However, he started to prioritize his health around 2014 and set out on a quest to start losing weight with the help of an exercise routine he dubbed “RossFit” and a diet that helped him gain a newfound appreciation for pears.

While he has suffered some setbacks since then (including a heart attack that led to him being briefly placed on life support in 2018), he has continued to make strides on that particular front; according to an interview he recently conducted with GQ, the rapper has managed to shed a grand total of 80 pounds.

Ross credits HIIT workouts and burpees for playing a major role in that transformation. However, he’s also very aware of the adage that states weight loss starts in the kitchen, which led to him kicking a particularly unhealthy habit related to his love for a certain type of soda:

“The biggest change I made in my diet was stopping the soda and adding CTRL. That was my biggest move. No more eight root beers a day…

I roll[ed[ up 3 blunts and then put me some root beer on ice, boy. Tall glass of ice. You gotta drink it out the glass! Man, I shouldn’t even fantasize about that. I ain’t weak though! I’m not gonna drink no soda—I haven’t had any in about three years.”

A 12 oz. can of root beer is usually home to around 160 calories (if you don’t feel like doing the math, drinking eight of them on a daily basis will set you back to the tune of 1,280).

As a result, it’s safe to say removing root beer from his diet was a good call.