Remember The Creepy Girl From ‘The Ring’ Movie? Here’s What She’s Been Doing 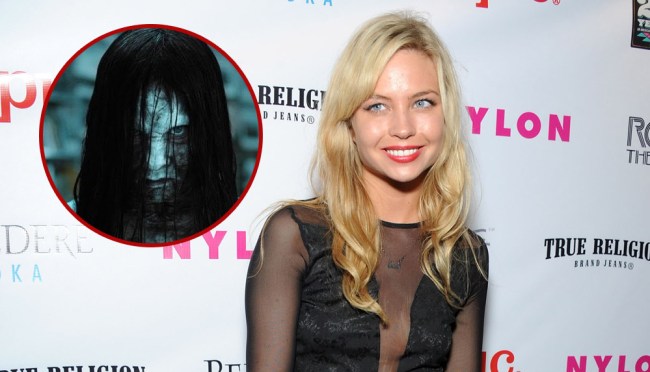 A few years back we were surprised to find out that the actress, Daveigh Chase, who played Samara, the super creepy girl from The Ring movie, was in her mid-twenties, yet again proving that time flies by waayyy too fast.

Fast forward to today and Chase is back in the news, but this time it’s not for the best of reasons: she’s in trouble with John Law..

According to Page Six, Chase has officially been charged with “possession of a controlled substance and a judge has issued a warrant for her arrest.”

On November 6, the actress was hit with two misdemeanor charges of possession of a controlled substance without a valid prescription and possession of drug paraphernalia.

Chase is facing one year in jail on the charges and a fine of up to $1,000. The judge also ordered a warrant for law enforcement to lock up Chase if they come into contact with her.

As The Blast first reported, Chase was arrested by LAPD Hollywood back in August. She was booked into a Hollywood jail and spent two hours locked up. Chase was released on $1,000 bond.

The case is still pending.

Trouble has seemed to follow Chase the past few years as in November 2017 she was charged with a felony after police caught her riding in an allegedly stolen car. And earlier that year, she was questioned by police when a man she had been seen hanging out with was dumped outside a hospital and later died. She was not charged with any crime related to the man’s death.

As for her acting career since The Ring, Chase has voiced the character of Lilo in three animated Lilo & Stitch movies, played the lead role in the sitcom Oliver Beene, played the character Rhonda Volmer in 32 episodes of HBO’s Big Love, and appeared in numerous other lesser-known shows and films.

Her most recent acting role was in the 2016 movie American Romance.