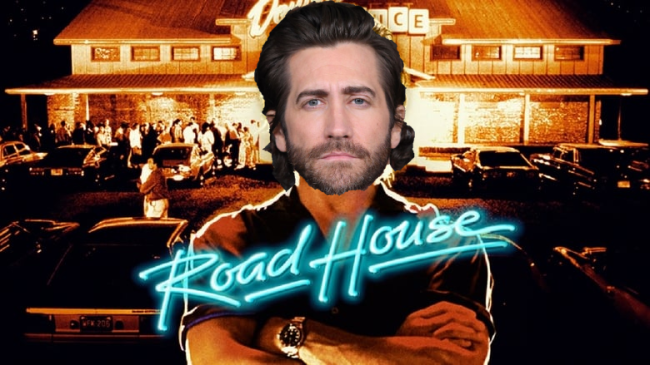 I’m just going to get ahead of this one: I’ve never seen Road House. Having been born in the 90s, I seem to have a blindspot for 80s movies, in general. Granted, given that I’m the movie writer at a website called BroBible, this omission is admittedly far more egregious. Maybe I’ll right that wrong over the weekend, as literally every person I talk to has nothing but the highest — albeit occasionally ironic — praise for Road House.

Now, while I may not be an expert in late 80s action movies, I am well-versed in the career of Jake Gyllenhaal, as the 40-year-old has spent the last decade turning himself into my favorite A-lister in Hollywood.

From rom-coms to dramas, action flicks to indie arthouse projects, there is nothing that Gyllenhaal can’t do. You’re about to be seeing a whole lot more of the dude, too, as he seems to be embracing a return to Blockbuster filmmaking, with projects like Ambulance, Oblivion Song, Francis and the Godfather, Prophet, The Interpreter, and The Son all in various stages in development. It would appear that Jake G will be spending his 40s stacking that bread, Road House included, which is a move that I simply can’t help but respect.

I, unfortunately, seem to be quite alone in this line of thinking, as the initial response to the reports of a Road House remake was far from positive.

Some things should not be touched https://t.co/j9n6eHwZhB

Why does it need a remake? https://t.co/9vcsncIJWX

DONT DO IT. THAT MOVIE IS PERFECT! LEAVE THAT PEICE OF CLASSIC AMERICAN CINEMA ALONE!!!! https://t.co/0HNGJV01vG

WE DONT NEED THIS REMAKE. https://t.co/XvRnEU5tBx

Have faith, movie fans: if anyone in Hollywood can pull it off, it’s Jake G. Plus, Doug Liman — the filmmaker behind The Bourne Identity, Mr. & Mrs. Smith, and Edge of Tomorrow — is in talks to direct, and that dude knows how to make an entertaining action movie.