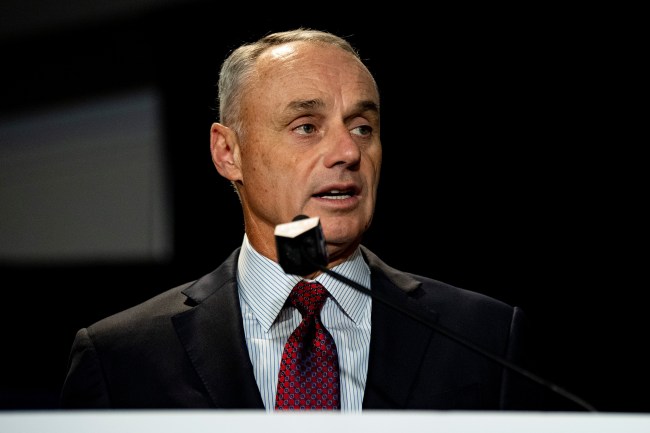 Major League Baseball has been back for less than a week and they are already facing their first major crisis while playing during the Coronavirus pandemic.

On Monday morning, the MLB was forced to cancel two games after 10 Miami Marlins players and coaches tested positive for Coronavirus days after 4 other Marlins were diagnosed with Covid-19.

Eight more players and two coaches with the Miami Marlins have tested positive for COVID-19, as an outbreak has spread throughout their clubhouse and brought the total of cases in recent days to at least 14, sources familiar with the situation tell me and @JesseRogersESPN.

The Marlins' home opener against the Baltimore Orioles tonight has been canceled, sources tell ESPN, as the team remains in Philadelphia and continues to undergo testing.

The MLB is now facing criticism for allowing the Marlins to play the Phillies on Sunday despite the fact that 4 players had already tested positive a few days before their game in Philadelphia.

So, why did the Marlins play baseball on Sunday?

Multiple sources confirmed that the Marlins played despite having three players learn Sunday that they’d tested positive for COVID-19, just two days after a fourth player learned of a positive test on Friday. Two infectious-disease specialists told The Athletic on Sunday that those positive tests fit the definition of a “clear outbreak” of the virus within their team. But sources said those tests were not enough for either Major League Baseball or the club itself to give serious consideration to postponing this game.

Sources: The Phillies are quarantining their entire visiting clubhouse staff after exposure to the Marlins this weekend. Some were tested yesterday and waiting for results. Yankees brought their own clubhouse staff to Philly last night.

Baseball fans were irate when they learned Rob Manfred and the MLB put the season at risk by allowing the Marlins to play on Sunday.

Major League Baseball needs to be suspended immediately. Rob Manfred needs to answer for why he allowed the Marlins-Phillies game to take place yesterday in such dangerous conditions.

Then, in my view, he needs to resign.

Whenever we get to the other side of this, Rob Manfred should not be the commissioner of baseball. He will be, but he shouldn’t be.

The Marlins learned before Sunday’s game that three players had tested positive for COVID-19. So they held a player’s meeting to decide if they should play against the Phillies. Can’t find that protocol in MLB’s 101-page manual.

Every single person involved is at fault here.

Rob Manfred, the MLBPA, the players, managers, and coaches of both the Marlins and Phillies. This is a display of gross incompetence across the board.

The season should AT LEAST see a suspension, and Manfred should resign. Period.

The #Marlins should not have played.
The #Yankees shouldn’t be traveling to Philadelphia.
The #Phillies shouldn’t play until everyone is cleared.

This is a disaster. Rob Manfred needs to step up.

But it's so unlike Rob Manfred to ignore a potential problem in Major League Baseball until it becomes absolutely impossible for him to ignore https://t.co/Uzp4T55EJg