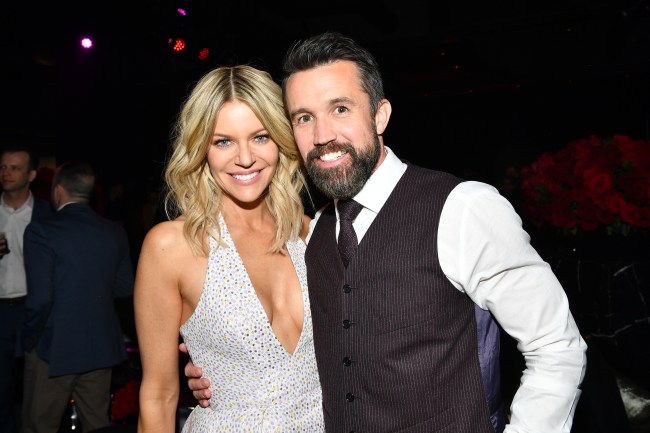 I can’t think of very many television actors out there with the same level of dedication to physical transformation at Rob McElhenney from It’s Always Sunny in Philadelphia. He was skinny-ish, then he turned into Fat Mac, and then he got abso-fucking-lutely shredded before returning back to normal.

The only other comparable actor that is really coming to mind right now is Christian Bale who has yo-yo’d in weight more than any other film star that I can think of. He was skin and bones for The Machinist and The Fighter. I guess Matthew McConaughey went through a similar transformation for Dallas Buyer’s Club.

What’s wild is McConaughey reportedly only got paid $200,000 upfront for Dallas Buyer’s Club. He’s said to have turned down a $15 million payday for Magnum P.I. at the time and obviously this all worked out in McConaughey’s favor because he won the 2014 Academy Award for ‘Best Performance by an Actor in a Leading Role’ and he’s had a steady stream of high-profile box office hits since then.

Is it Mythic Quest or is it ‘MY THICC QUEST’? Remains to be seen. @MythicQuest @MyThiccQuest @appletv

Meanwhile, Rob McElhenney talks about what the driving force behind his weight fluctuations are here and it’s MONEY. Rob says if someone were to pay you as much as he gets paid for It’s Always Sunny in Philadelphia then you’d have no problem getting shredded either. Here he breaks down how he got so cut after transforming from Fat Mac into Shredded Mac and he says “it’s actually quite simple”.

Rob’s simple instructions include quitting your job first. If you have a 9-to-5 salaried job just kick that shit to the curb. Then you have to forget about food. Food’s a goner. Just move on with your life and think of food as a thing of the past. Booze is also a goner. No drinking.

My man @chrishemsworth wore a suit to put on 60lbs instead of putting in the work. Which makes me more dedicated. But him smarter. And healthier. Also smarter. Also healthier. And taller….. Shit. I made a terrible mistake.

Then you get your personal chef. Everyone has one. You have that chef cook you a lot of chicken breast and workout hard enough to ensure you’re in a caloric deficit. Then you see “your doctor” several times a week to monitor your testosterone levels. Then you hire a celebrity trainer to force you to workout twice a day. Muscle building in the morning and extreme cardio in the afternoon. Then you say goodbye to your family because there’s no time for them while you workout in the pursuit of abs.

That’s it. Not hard at all according to Mac.