Rob Thomas And Santana Have Released A New Song Over 20 Years After Dropping ‘Smooth’…But Was Is Worth The Wait? 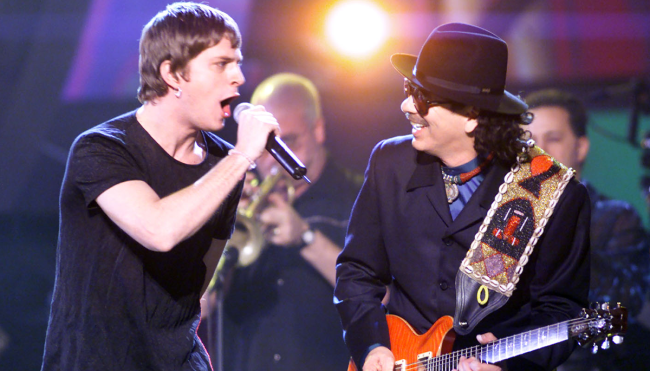 Rob Thomas and Matchbox 20 were on the top of the world as the world prepared to welcome the new millennium after being thrust into the spotlight by following the formula the likes of Nickelback and Creed would eventually harness to duplicate their success: making generic and largely unremarkable rock songs that were just catchy enough to earn a spot in the constant rotation on Top 40 radio stations.

However, the same cannot be said for the song that came together when the band’s lead singer teamed up with the legendary Carlos Santana for the timeless classic that is “Smooth.”

The track—which opens with Santana’s impeccable licks before Thomas introduces himself with “It’s a hot one”—is the Ultimate Song of the Summer and has aged like the finest of wines in the more than 20 years since it earned Record and Song of the Year honors at the Grammys following its release in 1999.

“Smooth” arguably serves as the high-water mark for the careers of both musicians, and while they could’ve simply rested on their laurels, they’ve both spent the past couple of decades quietly pumping out new music (although, as you likely know, Thomas did suffer a small setback in 2008 when he ended up in the psychiatric facility where he found himself working as Sinbad’s shoe-wielding henchman).

However, Rob Thomas and Santana recently decided to get the gang back together (and added the band American Authors in the fold) for a new song dubbed “Move,” which made its grand debut on Wednesday.

Now, there was a zero percent chance Rob Thomas and Santana were ever going to be able to recreate the magic of their first collaboration, but when you consider they had plenty of time to prepare for their big reunion, it’s hard to imagine anyone who’s been waiting more than 20 years for this moment is going to be thrilled with a song that is destined to become the new go-to when ESPN needs something to play when cutting to a commercial during an NHL game.