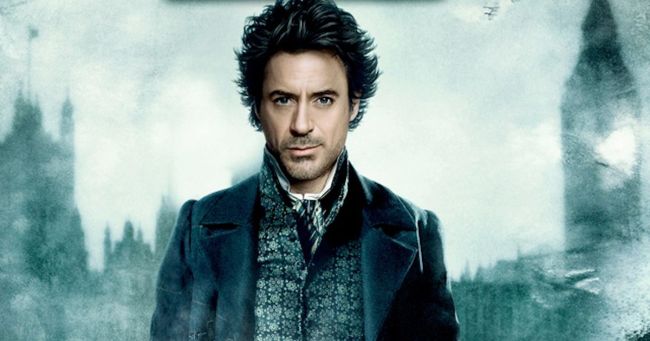 Sometimes, you just have to laugh. Take over the weekend, for example, when my beloved Liverpool — defending Premier League Champions — got absolute obliterated by an average Aston Villa side by the stunning score of 7-2. By the time the THIRD deflected goal of the game trickled into the Reds’ net, the only emotion that was coming to the fore was laughter. Same goes for when my New York Jets lost to the third-string quarterbacked Denver Broncos or when Rick Moranis got assault on the streets of New York City. Hell, some people even let out a chuckle at funerals. The point is that when you don’t know how else to react, laughter is often your only choice.

This leads me to the concept of a “Sherlock Holmes cinematic universe” and how utterly preposterous that is, especially when considering that we haven’t seen a Robert Downey Jr-starring Sherlock Holmes film since the first term of the Obama Administration (2011!).

And yet, despite that, in a recent interview with Fast Company, Downey Jr revealed that he is, in fact, planning a Sherlock Cinematic Universe… whatever the hell that means.

During a keynote panel at the Fast Company Innovation Festival on Monday, Robert Downey Jr. and his wife, producer Susan Downey, spoke with moderator and Fast Company Editor-in-Chief Stephanie Mehta about their namesake production company’s plans to build out the Sherlock Holmes franchise, and what they learned from working closely with Marvel mogul Kevin Feige for over a decade.

“At this point, we really feel that there is not a mystery-verse built out anywhere, and Conan Doyle is the definitive voice in that arena, I think, to this day,” the star said about future installments of Sherlock Holmes. “So to me, why do a third movie if you’re not going to be able to spin off into some real gems of diversity and other times and elements?”

“We think there’s an opportunity to build it out more,” Susan added. “Spin-off characters from a third movie, to see what’s going on in the television landscape, to see what Warner Media is starting to build out, things with HBO and HBO Max.” [via Fast Company]

Now, don’t get me wrong, I’m actually, like, weirdly a huge fan of these Sherlock Holmes movies? I find them to be super slick, super enjoyable, and just simply fun watches, and sometimes, that’s all you need. Plus, I’m never going to complain about RDJ lining up more franchise work. There’s just something about the phrase “Sherlock Holmes cinematic universe” that sounds ridiculous — that doesn’t mean it is ridiculous.

At this time, the third film in RDJ’s Sherlock Holmes franchise — yes, there’s another one coming — is set to hit theaters on December 21, 2021. Although similar to every other movie in existence, I expect it to be delayed.