Robert Pattinson Reveals How He Plans On Crafting His Batman Voice 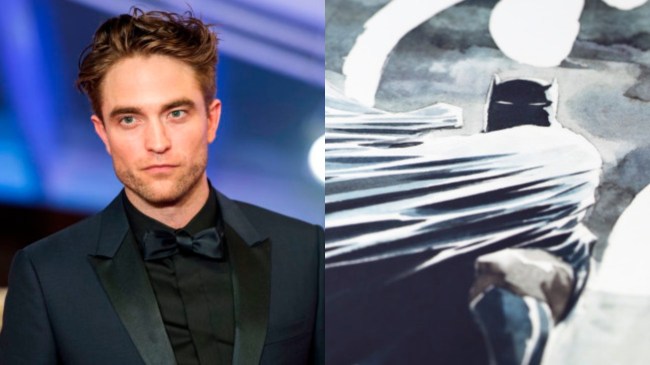 After operating mostly in the indie film scene for the better part of the past decade, former Twilight star Robert Pattinson is now firmly back in the A-list spotlight as he’s set to star in Christopher Nolan’s next film Tenet in addition to starring as Bruce Wayne in The Batman in 2021.

And unfortunately for Pattinson, while being Batman means tons of fame and an even fatter paycheck, it also means that he’s now tied to ceaselessly discussing the character for the next couple of years.

Speaking to Access Hollywood, Pattinson discussed a variety of topics, including his role in The Lighthouse opposite Willen Dafoe, his potential Oscar buzz, and most interestingly, how he plans on creating his own unique Batman voice.

“Willem’s [Dafore] voice in this [The Lighthouse] is quite inspiring for it to be honest. It is pretty similar to the voice I’m gonna do… I think Batman has a sort of pirate-y kind of voice,” Pattinson said.

To be fair to Pattinson, nailing Batman’s voice is never easy.

Despite being widely praised for his overall performance, Chrisitan Bale’s Batman voice was essentially criticized by all.

Conversely, while Ben Affleck’s Batman wasn’t as universally beloved as Bale’s, fans generally agreed that his Batman voice — which was purposefully altered through Bat-technology — was spot on.

The Batman — which also stars Paul Dano as Riddler, Zoe Kravitz as Catwoman, and Jeffery Wright as Gotham City Police Commissioner Jim Gordon — will be released in theaters in the United States on Friday, June 25, 2021.