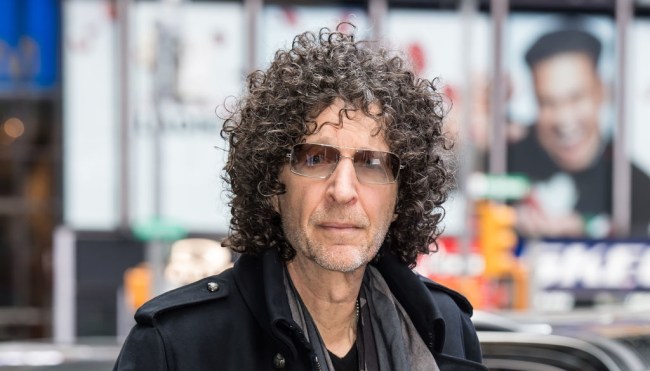 Over the years, Howard Stern has constantly said that he has a small penis. But according to Robin Givens, that is all a self-deprecating schtick that the radio shock jock has used for laughs.

On Sunday, Givens appeared on Watch What Happens Live where she dished about dating Stern and Brad Pitt rumors. The actress told talk show host Andy Cohen that Stern was a “magnificent lover.”

Cohen asked Givens if Howard’s member is as minuscule as he proclaims on his radio show. “Was it really small, though?” Andy asked Robin. “I mean like, [Stern] and I have talked about this on the air. He says his [manhood] is super, super small. Is that true?”

“Howard Stern was a magnificent lover,” the 54-year-old actress added. “Like, unbelievable.”

Women are supposed to tell everyone that their ex is horrible at sex and has a small dick. Does Robin not understand how breakups work? Having your ex go on national TV and broadcast to the world that you’re a great lover had have a fantastic ramrod is the best kind of PR.

“We dated for a while,” Robin said of her celebrity relationship with Stern.

In an old interview on The Howard Stern Show, Robin Givens said she lost her virginity to Eddie Murphy, but she never had an orgasm while she was with the comedian. Givens said Eddie had a “fine penis.”

Givens also shut down the rumor that her former husband Mike Tyson caught her in bed with Brad Pitt. In Tyson’s 2013 memoir Undisputed Truth, the boxing legend claimed that he caught his ex-wife and Brad Pitt together after their divorce.

Pulling up in the driveway, that part’s true,” Givens told Cohen. “We were coming from a screening or something.”

Givens also shot down the rumor that Pitt was afraid of Tyson during the driveway confrontation. “Does it sound like Brad?” Givens said. “Brad got some swag.” There is no shame in being afraid of Iron Mike Tyson, even if you’re Brad Pitt.

In 1989, Brad Pitt appeared on the Head of the Class sitcom which starred Robin Givens.

The 65-year-old radio host has always been obsessed with his own package. In a 1994 Rolling Stone interview, Howard said he wanted to name his first book Penis.

Stern admitted that talking about his penis makes for “great radio” because he’s being honest about his “fears and emotions.” He contends that he is “hung like pimple.”

“I think I might as well be upfront about it,” Howard said of his penis size. “No guy will ever admit to having a small penis. I just went on the record. I might be one of the smallest guys in the world.”