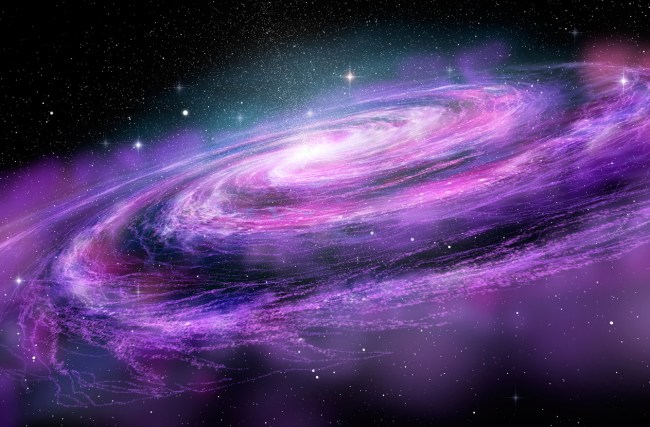 While all of the planets in our solar system are bound to the sun, there seems to be one autonomous planet freely floating through the Milky Way Galaxy. Scientists believe that there is a planet the size of Earth or Mars that is not bound by a star. The rogue planet is its own independent space ship and there could be trillions more.

Astronomers have spotted what they believe to be the smallest rogue planet ever detected. While scientists believe that there are numerous rogue planets in our galaxy, they are usually very large in size, making their own gravity. The recent discovery of the small rogue planet was published on October 29 in the Astrophysical Journal Letters.

Przemek Mroz, a postdoctoral scholar at the California Institute of Technology and a lead author of the study, along with his team, utilized “gravitational microlensing” to spot the planet.

One of the more commonly-used methods for indirectly detecting exoplanets is known as Gravitational Microlensing. Essentially, this method relies on the gravitational force of distant objects to bend and focus light coming from a star. As a planet passes in front of the star relative to the observer (i.e. makes a transit), the light dips measurably, which can then be used to determine the presence of a planet.

Most exoplanets in our galaxy are only visible because their host stars provide the light to expose them to us on Earth. Without the star illuminating these rogue planets, they are extremely difficult to detect. Some scientists believe that there are easily millions of rogue exoplanets out in the universe, but we just can’t see them with our technology. Some scientists suggest that there could be 50% more rogue planets than planets that are tethered to stars, possibly billions of rogue planets or even trillions.

The astronomers used the 1.3-meter Warsaw Telescope at Las Campanas Observatory in Chile to monitor hundreds of millions of stars near the center of the Milky Way.

“If a massive object passes between an Earth-based observer and a distant source star, its gravity may deflect and focus light from the source,” said Mroz. “The observer will measure a short brightening of the source star.”

“The odds of detecting such a low-mass object are extremely low,” Mroz told Live Science. “Either we were very lucky, or such objects are very common in the Milky Way. They may be as common as stars.”

“Theories of planet formation have predicted that the majority of free-floating planets should be of Earth mass or smaller, but this is the first time that we could find such a low-mass planet,” Mroz said. “It’s really amazing that Einstein’s theory allows us to detect a tiny piece of rock floating in the galaxy.”

Radoslaw Poleski, the study’s co-author from the Astronomical Observatory of the University of Warsaw, said, “When we first spotted this event, it was clear that it must have been caused by an extremely tiny object. We can rule out the planet having a star within about eight astronomical units.”

“Our discovery demonstrates that low-mass free-floating planets can be detected and characterized using ground-based telescopes,” Andrzej Udalski, co-author of a new study announcing the find and principal investigator of the Optical Gravitational Lensing Experiment (OGLE) project, said in a statement.