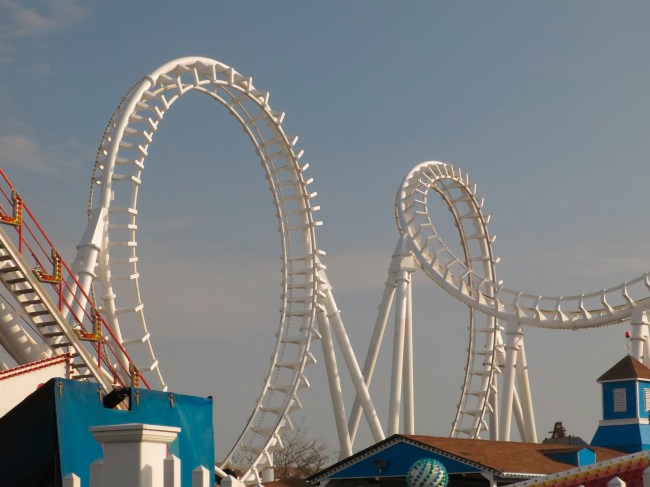 An amusement park running a routine safety check on 4/20 experienced absolute disaster when two water-filled crash test dummies when flying off of the roller coaster, into the air, and crashing through a hotel’s roof next door. Despite all hell breaking loose during the routine safety check they’re insisting that everything is totally fine and I see no reason we shouldn’t believe them, right? It’s not like a dummy meant to simulate a human being fell off the ride and smashed through a hotel’s roof or anything…

I’ll be honest, when I first saw this story I thought that two members of the band Crash Test Dummies famous for songs like ‘Mmm Mmm Mmm Mmm’ and ‘Superman’s Song’ were injured but it was actual crash test dummies and not musicians from the 90s.

Anyone who has ever ridden a roller coaster has probably played this exact same nightmare scenario in their head. You’re riding along, going through the loops and drops, when something goes wrong and suddenly you’re flying helplessly through the air. According to NBC Philadelphia, the Vice President of Playland’s Castaway Cove in Ocean City, New Jersey is on damage control and claims their GaleForce roller coaster is completely safe.

The incident occurred back on April 20 at Playland’s Castaway Cove in Ocean City, New Jersey. The GaleForce roller coaster was undergoing a routine safety check when two water-filled dummies fell off the ride and plummeted into the Ebb Tide Suites next door, damaging shingles and plywood.

No one was hurt during the incident. A roofer responded to the scene within an hour to make repairs and the test dummies were trashed, according to Brian Hartley, the Vice President of the theme park.
“It’s an unfortunate situation,” Hartley told NBC10.

Hartley said the dummies had leaks that went undetected and they lost their mass and shape, causing them to fall.
“Obviously it’s not something that would ever happen with a person in it,” Hartley said. “You know you don’t lose rigidity in a person. The lap bar comes down. You’re secured in there.” (via)

Show me the receipts.

If you want me to believe this was caused by ‘leaks’ in the dummies, that both dummies had these leaks, then I’ll need to see photographs of these supposed leaks before I come anywhere near this roller coaster or allow anyone I know to ride that thing.

They claim the lap bar didn’t fail and “nothing failed on the ride at all” despite the fact two crash test dummies damaged a hotel’s roof next door which implies they flew pretty fucking far. Hartley gave this quote to the news:

“Safety is our top priority,” he said. “It’s something we do every single day. We’re checking the rides in and out. We’re going to have to do a better job at checking those tubes and making sure there’s no leaks obviously, before we send them out.”