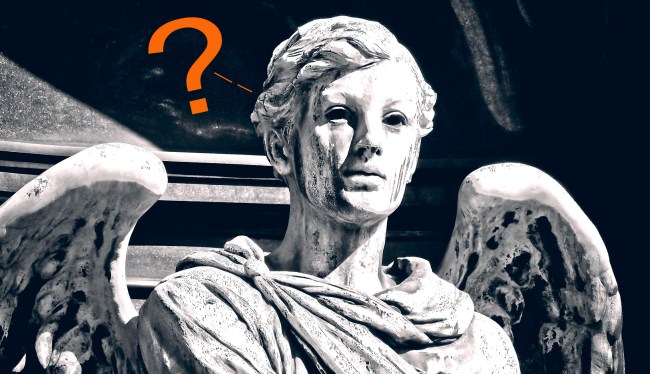 So, did you enjoy the big debate? All our questions and concerns were taken care of, right? Yeah, no. Not even close.

For some reason, despite there being around 83 million people between the age of 35 and 54 living as residents of the United States, the best two candidates we can come up with this year to become President are a 77-year-old who has been a career politican since 1972 and a 74-year-old who prior to becoming the President of the United States had zero experience as a politican.

HOWEVER! On the plus side, I think, at least both Biden and Trump are both technically still alive. (For how long is another question that would be nice to have answered, but I digress.)

Over in the village of Deveselu in southern Romania, they too just held an election and it was to decide who would be the town’s next mayor.

After all the ballots were counted, incumbent Ion Aliman gathered 64% of the vote and was elected to serve a third term in the office.

He died two weeks before the election.

Villagers in Romania have elected a new mayor: A mayor who died two weeks ago due to Covid-19.https://t.co/6xsctclSJm

According to the BBC, here’s how the town tried to explain the odd situation they now find themselves in by saying Aliman’s name was already printed on ballots and could not be removed after he died, as if that explains how a dead man beat his opponent, who is very much alive, so handily.

Romanian villagers have re-elected their mayor by a landslide even though he died two weeks ago from Covid-19 complications, saying he had done a good job and deserved his posthumous victory.

A video shared on social media showed dozens of villagers visiting the grave of Ion Aliman, a Social Democrat, to light candles after voting had ended in Sunday’s local elections.

“It is your victory,” one man can be heard saying. “Know that you will be proud of us. Rest in peace.”

“I don’t think we will see a mayor like him again,” said a female voter on ProTV in Deveselu.

Somehow even more interesting than all of that, this isn’t the first time a Romanian town elected someone who was dead to be their mayor. It also happened in 2008.

Town officials say they will hold a special election to choose a new mayor. Presumably all of the candidates will actually be among the living this time.