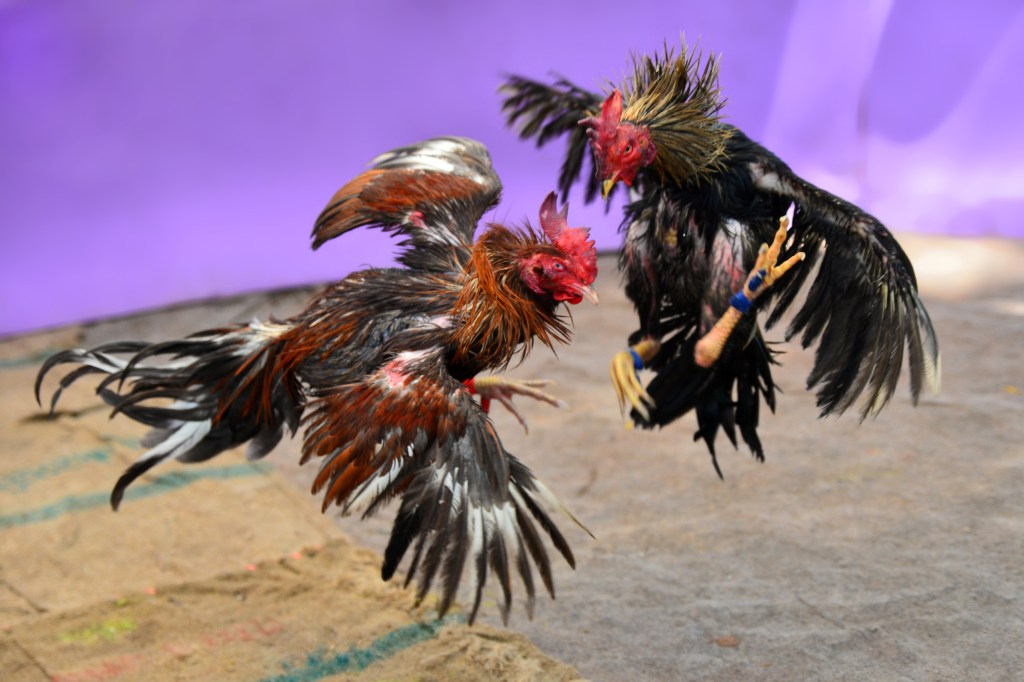 I’ve never been to a cockfight and I have no plans to go to a cockfight at any point in my life. I fully understand that different cultures embrace the barbaric sport of cockfighting differently. But it’s just not something I have any interest in watching, just as I don’t have any desire to see a bull killed by a matador in an arena bullfight.

Cockfighting is pretty much illegal all over the planet at this point. It’s been outlawed in all 50 states and the District of Columbia. Louisiana was the last state to outlaw cockfighting in 2007. Puerto Rico was one of the last remaining places in the world to host legal cockfights but they outlawed the sport at the end of 2019.

It’s currently legal in Indonesia as a religious tradition and there are both illegal and legal forms of cockfighting in The Philippines. It’s long since been outlawed in India where a rooster owner was stabbed and killed by his bird who was wearing a 3-inch knife tied to its leg.

The 45-year-old was stabbed in the groin by his rooster’s 3-inch knife, and according to ABC News it happened in the Lothunur village of Telangana state.

According to Jeevan, Satish was injured while he prepared the rooster for a fight. “Satish was hit by the rooster’s knife in his groin and started bleeding heavily,” the officer said, adding that the man died on the way to a hospital.

Jeevan said police filed a case and were looking for over a dozen people involved in organizing the cockfight. If proven guilty, the organizers can be jailed for up to two years.

Last year, a man was killed when a blade attached to his bird’s leg hit him in the neck during a cockfight in Andhra Pradesh. In 2010, a rooster killed its owner by slashing his jugular vein in West Bengal state.

According to police, the rooster involved in last week’s incident was among many other roosters prepared for the cockfight betting festival in Lothunur village. (via ABC News)

The general way these cockfights go down is by tying razor-sharp knives/blades to a rooster’s legs and then the roosters go at it until only one is left alive. Spectators often gamble on the bouts like a boxing match or MMA fight.

The type of knife or blade that’s tied to the rooster apparently changes from country to country. Or at least that’s what I’ve been reading across a few different sources. Here’s a look at what one of the non-traditional blades might look like:

Rooster fitted with blade for cockfight kills its owner in India

Imagine taking one of those blades to the groin when an angry rooster kicked you in the junk. I feel like I watched some scene like this in an 80s or 90s action movie before but I can’t place what it was so maybe I’m making that up in my head.

The rooster was brought to the police station as evidence before moving along to a nearby poultry farm. The rooster might still need to appear in front of a court, according to reports.

I’m curious, how many of you guys have ever seen cockfighting in person? Hit me up in the comments down below with your answers!