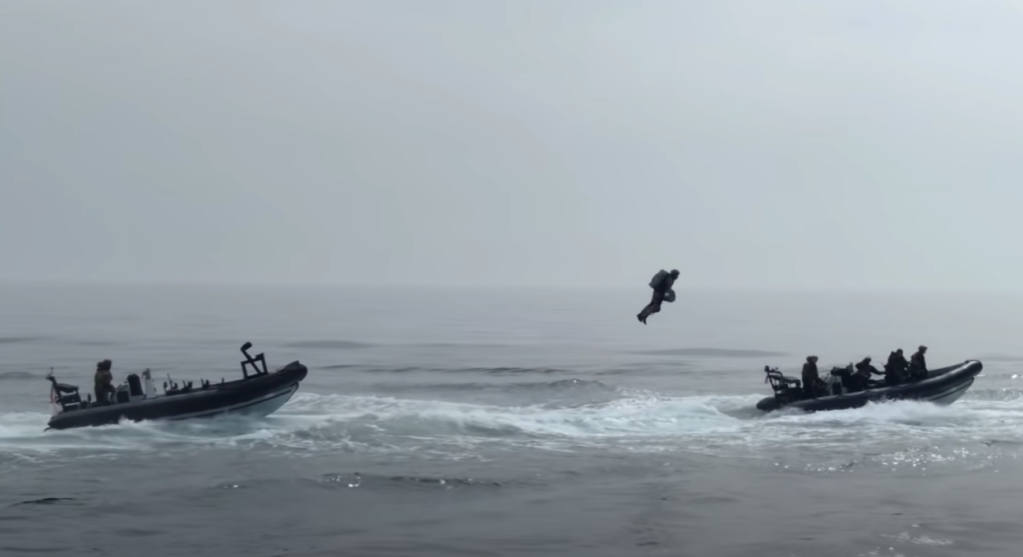 Imagine being a modern-day pirate somewhere in the Indian Ocean, sailing around in your stolen vessel and looking for more booty to plunder. You’re floating along and listening to the lapping of the waves. Your pirate life seems good to you.

Then suddenly, a tiny boat speeds up out of nowhere in the middle of the night and you see a super-soldier takeoff and into the sky wearing a damn jetpack and he’s flying toward your vessel incredibly fast. In that moment, you know you’re life as a pirate is over. In fact, you’re probably not even sure if you’re going to live through this encounter.

The clip below is just a military exercise with the Royal Marines using the Gravity Jet Suit from Gravity Industries but the scenario above could be very likely in the near future. These jetpacks are already capable of deploying in the field and landing an elite soldier into a combat situation to neutralize people onboard a boat. For now, we’ll just appreciate this as a real-life Iron Man/Tony Stark moment.

The Gravity Jet Suit from Gravity Industries truly is one of the most futuristic inventions I’ve ever seen. It uses more than 1000bhp of Jet Engine power in concert with natural human movement.

Gravity Industries is based out of the UK which means the Royal Marines are likely ahead of us in line to get something this awesome but for all I know the US Military is already using technology that’s years ahead of this, at least that’s what I’d like to tell myself.