Running Late? That Might Just Mean You’re Happier Than Everyone Else, Per Study 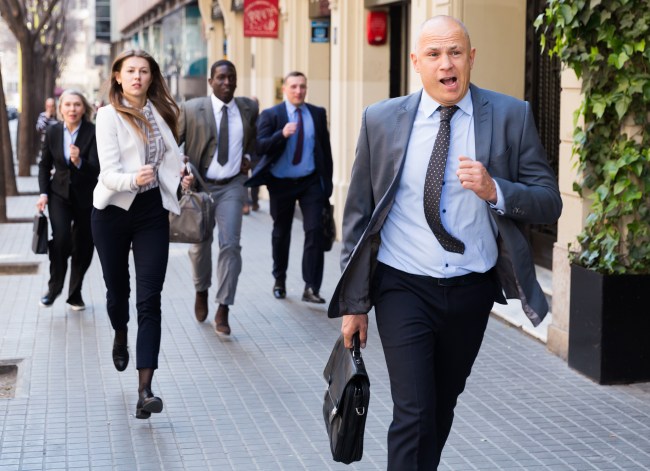 Running late is one of those terrible habits that, unfortunately, many of us struggle with. Personally, when someone plans for a party to start at 7 p.m., that usually means I’m leaving my house at 7:15 p.m., if not later. Yeah, I’m that kind of jackass; sorry about it.

Of course, I’m not alone in that type of planning, and I’m sure every one of your family members, friends, coworkers and significant others just adore you for being just like me. Hey, we don’t like to play by somebody else’s rules, right?

While plenty of people hate on those who are always running late to things, a new study actually supports those who don’t care for watching a clock and sticking to a set time… kind of. That’s because the very smart people over at Harvard University’s Medical School identified those who are often late as generally being happier and living longer, per FOX News.

According to a study from Harvard University’s Medical School, people who are usually behind schedule are often calmer which could be adding additional years to their lives. They tend to have lower blood pressure and a lower risk of developing heart disease.

Researchers also found that people who have an optimistic outlook early on in life tend to have better health and a lower rate of death. They are also more likely to enjoy independent living than their peers.

In other words: for all those people who are constantly running late, good on you, because you don’t stress out about that type of crap. And, as the Harvard study shows, it just means you’re spending time on the things you want to do, and not stressing out about time. Or so I think.

So the next time somebody gives you crap for always running late to something, just smile at them and remind them how happy you were walking to a bar instead of being stuck in a miserable Uber ride for 35 minutes because you didn’t seem to give a damn about being on time. Yeah, I’m sure that’ll go over really smoothly — especially if it’s a significant other.