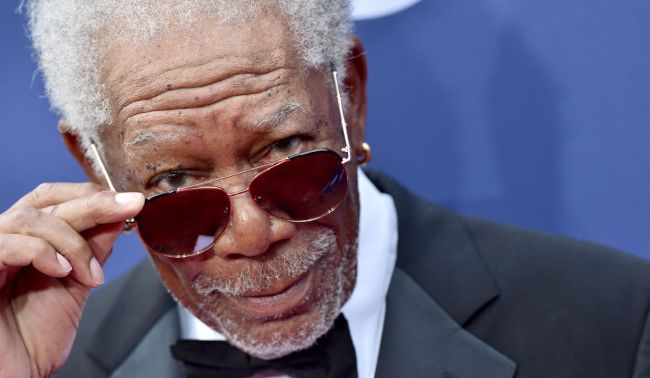 Morgan Freeman, thanks in part to his iconically butter-smooth voice, is as American as apple pie and baseball at this point.

With films such as Lean on Me, Glory, Driving Miss Daisy, Unforgiven, The Shawshank Redemption,Ze7en, Amistad, and The Dark Knight under his belt, Freeman has become a legend of American cinema over the last forty years, culminating in him winning various lifetime achievement awards such as a Kennedy Center Honor, the AFI Life Achievement Award, the Cecil B. DeMille Award, and the Screen Actors Guild Life Achievement Award. These all, of course, are to go along with his Academy Award.

Perhaps that explains why Russia has decided to ban the 84-year-old actor (who resides in Mississippi, which is virtually the exact opposite of Russia) from their country.

Nevertheless, despite the fact that Freeman would likely never consider visiting the frozen streets of Moscow anytime soon, the internet was rather aghast over Russia’s decision to take an inexplicable shot at Morgan Freeman.

Morgan Freeman has been banned from Russia for being anti-Russian

Actor Morgan Freeman has been named in a list released by the Russian government of more than 900 Americans who have been banned from entering the country amid accusations of being “anti-Russian.”

Freeman’s name is believed to be included on the list due to his role in the creation of a video concerning the Russian government’s involvement in the United States’ 2016 presidential election. Freeman directed and narrated the clip, which was released in 2017 and also featured fellow actor Rob Reiner, who was also included on the ban list. [via Yahoo]

People talking about how Russia just banned Morgan Freeman from entering the country.

But they also banned John McCain.

Morgan Freeman is banned from Russia. Y’know shit is bad when you don’t want him around to do voice overs on your war footage!

Isn’t it ironic that Morgan FREEMAN is banned from traveling to Russia? Like, so you ain’t a free man after all??

Russia just banned Morgan Freeman from entering the country. Guess what, Mexico thought they could keep him out too. How’d that work out for them? pic.twitter.com/VRvIlFqJck

Lmaoo nah what Morgan Freeman do? And they blocking John McCain from coming over from the other side? https://t.co/peOoJcgMfP

Wait, Russia banned Morgan Freeman? All the more proof that it is a Godless place…

As if Morgan Freeman even wanna go to Russia.

Kinda says it all

They said Morgan Freeman not about narrate this war https://t.co/PVl1NSf1KA

banning morgan freeman gotta be racially motivated cause wtf he do https://t.co/kNq5nQkZN7

Morgan freeman like “what he say fuck me for” pic.twitter.com/LE7Ivczucv