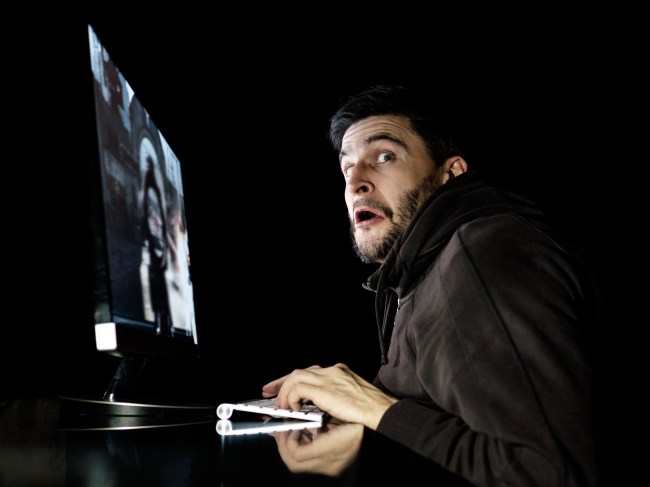 Russian fishermen have been known to catch some peculiar and horrifying sea creatures. Last December, I posted a gallery of nightmare fish caught by Russian deep sea fishermen. If you haven’t seen those photographs, check out the Russian deep-sea creatures here, or follow the link at the bottom of this article after you’ve checked out this 1.2-ton (2,400-pound) rare moonfish.

This sea monster tipped weighed in at 2,400-pounds after being caught in Russia’s Kuril Islands. The fish itself looks like something straight out of your nightmares or a species that a Sci-Fi director would envision for a sea-based Thriller.

After this gigantic moonfish (aka Opah or Sunfish) tipped the scales at 2,400-pounds it was then cut up and fed to bears. Yes, you read that right. This is Russia, so instead of preserving the exceedingly rare and massive specimen for scientists the fishermen chopped it up into 1,170 individual portions and fed the moonfish to wild bears.

Classic Russia. They haul in one of the rarest fish in the sea, and a hulking specimen at that. Then, instead of doing anything of value with the fish they chop it up and feed it to wild brown bears in the area. I feel like the only thing missing from this Russian story is vodka so I guess we’ll just have to assume the fishermen were drinking on the boat when they hauled in this rare fish.

I mentioned earlier that collection of WTF Deep Sea Fish Caught In Russia that I posted back in December. Definitely go on and click that link to see how Russia is home to some of the strangest creatures on the planet.