WATCH: Russian Man Built An Ultra-Performance Drone That Soars 33,000-Feet In The Air 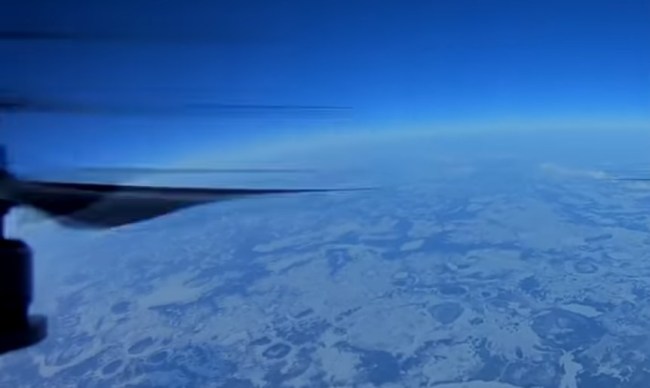 Light aircraft typically fly at an altitude of 10,000 feet. Commercial airliners generally have an altitude of 36,000 feet. The highest a helicopter has ever flown is 40,820 by Jean Boulet on 21 June 1972. After seeing these altitudes it really makes a what this drone enthusiast accomplished extremely remarkable.

Denis Koryakin from Russia built a suped-up homemade drone and it not only flies, it soars. This custom drone was able to climb to an astounding 33,000-feet in the air. Koryakin’s UAV is able to soar so high and continue to climb despite the thin air because his drone only weighs a little more than 2 pounds.

In the United States, FAA regulations say drones shouldn’t be flown above 400 feet. Flying your drone at the same altitude as commercial airplanes is actually not illegal in Russia. Koryakin can see vast swaths of land with his drone and laughs at your aerial photography from 200-feet in the air. Thankfully, Koryakin flew his drone in a remote area of Siberia where there isn’t much air traffic. There’s sure to be more videos of ultra-performance drones flying as high as airplanes on YouTube any day now.