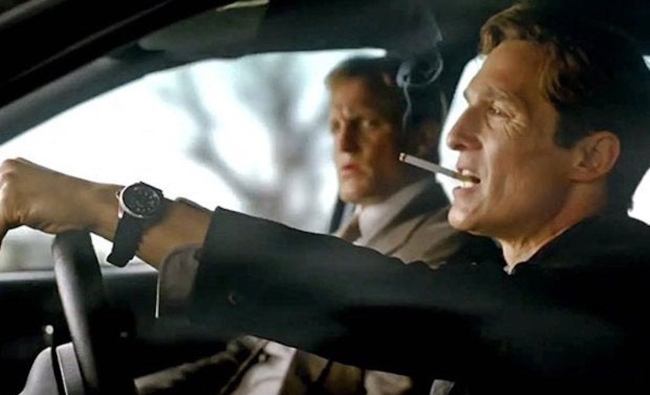 Prior to being tapped to direct No Time To Die, Cary Fukunaga was undoubtedly best known as the director of HBO’s transcendent first season of True Detectives, one of the truly elite seasons of TV in the medium’s history.

As the core of that series is Rust Cohle, a self-proclaimed “bad man”, fighting the seemingly endless evils of worst men, which isn’t all that dissimilar to the ethos of James Bond — a killer tasked with killing the worst of the worst.

Speaking to Fukunaga prior to the release of No Time To Die, I asked him whether or not James Bond falls under the “bad men” category that Rust Cohle once opined about and whether or not the world needs people like him. In response, Fukunaga revealed that the iconic line spoken by Rust Cohle — “The world needs bad men to keep other bad men from the door” — was born out of his interest in the history of war.

Eric Italiano: Given that this was obviously one of the major themes of both this film and Daniel’s run the role, and as one of your characters once famously said, “The world needs bad men to keep other bad men from the door,” where do you fall on the “Does the world need James Bond debate?” Do you think world powers need these sort of shadowy figures? Or do you think that society is evolved past that?

Cary Fukunaga: Well, I studied history and especially studied a lot of wars. There’s a great book On Killing by Lieutenant Colonel Dave Grossman. And it’s an army study on how we’ve taught our armies and our special forces how to be effective killers. And it comes down to a basic statistic: most people aren’t wired to kill. Even within the Army, it’s taken years and years of studies trying to figure out to effectively teach people to be able to pull the trigger to the point of taking the life of another human being. And there’s about 3% of the population that can *just do it*. And that’s the origins of that line — “You need bad men to keep other bad men from the door” —  that 3%, you definitely want them on your side.

As evidenced by Fukunaga’s fascination with these sort of men, he obviously believes that if these people — whether they’re Louisiana detectives or legendary British spies — are going to exist, it’s better they exist on our side than the other.