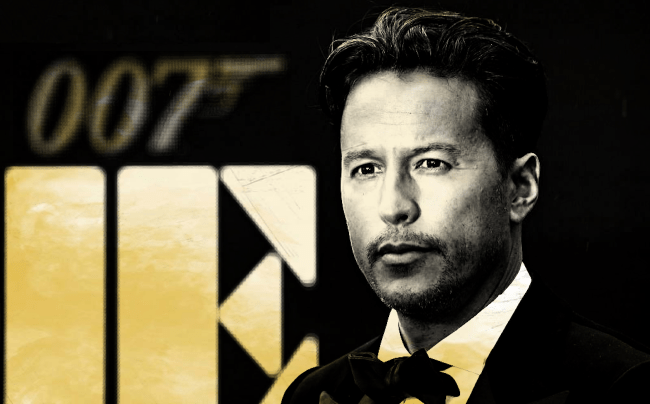 No Time To Die was originally slated to hit theaters in November 2019. In other words, two years, two different directors, one pandemic, and a lifetime ago.

Already a monumental task in and of itself, the enormity of sending off Daniel Craig’s James Bond with a film that the character deserved became all the greater with the increased pressures and difficulties of being delayed. If absence makes the heart grow fonder, postponement makes the mind hungrier: the longer movie lovers and Bond fans alike were without No Time To Die, the more they found themselves wanting it, particularly considering that the project became something of a flag-bearer for pandemic-era delays, as it was the first major blockbuster to shift its release date in the face of COVID. And with anticipation comes expectation.

And now, over three years after he was first tapped to direct No Time To Die, filmmaker Cary Fukunaga is finally on the verge of opening the pressure valve and finally, at long last, releasing his long-awaited, highly-anticipated Bond film into the world (or the United States, at least, as the film has already released across the pond). Similar to Craig’s James Bond himself, a journey effectively started in a different world is now coming to a close in an entirely new, almost unrecognizable one.

Prior to the film’s release, BroBible’s Post-Credit Podcast had the chance to chat with the 44-year-old Fukunaga about all things No Time To Die, including writing a conclusion for an iconic character, the monumental task of replacing Daniel Craig, and whether or not the world needs James Bond to “keep the other bad men from the door.”

Telling the end of a story that’s already in motion

Eric Italiano: Cary, congrats on the film, and perhaps more importantly, congrats on getting it out into the world. I honestly can’t imagine what you guys have been going through, so I’m just as stoked for you as I am for the fans. I want to begin with taking over at the end of James Bond’s story. What’s it like hopping on at the end of the story that’s already in motion, but also being the one tasked with giving it a definitive ending? Was it challenging merging what came before with what you wanted to do with the film?

Cary Fukunaga: To say it was challenging would be an understatement. It was a very, very difficult time-pressured endeavor. There was a lot of effort put into exploring all the themes and story points that had been thrown into the mix in the previous four films, and find a way to tie it up nicely, but also have the film function on its own for anyone who hadn’t seen any of the others. There was a lot of thought that went into how it functions on its own and how it’s a conclusion to Daniel’s run, but as well as nodding to the legacy of Bond and various other Bond films, and still somehow feel fresh. All of that went into the recipe, if you will, the soup bowl, to try and make this film. And I think we did that, I’m pretty satisfied with what we go to by the end, but there were moments where we were constructing it when we were like, “How do we wrap this up in a great way?”

EI: Was there a part of you that worked backward from the end?

CF: There were parts with the end that I knew I wanted, but I just wasn’t sure how I’d get there. It seems like just because you have the ending, it’s going to be easy, but it needs to be satisfying, it needs to feel earned.

The humanization of James Bond

EI: Something I loved about your film and Daniel Craig’s tenure at large was the humanization of James Bond. What is the process of adding layers of humanity to a character that’s become a myth at this point? And is that something that you enjoy as a storyteller?

CF: It’s like playing a role as a writer because you’re jumping into a world that’s not your own. You’re jumping into established characters, and as you said, mythological characters in terms of a cultural level, and the expectation that fans have for that character. I found it challenging to write Bond’s dialogue because Daniel’s tenure hasn’t been the most verbose, so trying to strike the right tone of his comments — whether it be wry, witty, or earnest — and be entertaining, as well as true to the thoughts and feelings of the character, wasn’t the simplest endeavor.

And when I would talk to Daniel about it, to relieve a little bit of pressure, he said, “No one knows how to write Bond.”  His experience on these films, he realized it’s almost an impossibility because we’re looking at 20-something other films and saying, “Well, who is this guy amongst all these films?” He has changed a lot over time, as well, so it’s going back to the drawing board and going back to Ian Fleming’s stories — especially the short stories are great because you get these little snippets into Bond’s psychology that you haven’t necessarily seen in the films — and I found that enormously helpful. That was the main thing: trying to make Bond the active person in the scene and not writing around him.

The most difficult aspect of replacing Daniel Craig’s James Bond

EI: You’ve tee’d me up for something that I want to ask about Daniel: What do you think he brings to James Bond that the next person to play the character is going to have the hardest time living up to?

CF: It’s the balance that Daniel brings between brute force — the physical presence that seems like he is capable of violence on the turn of a dime — but also the vulnerability and humanity and the intelligence he brings. To have that potent mixture is not common, and especially as an actor, to be able to bring that requires a certain intangible charisma that if you don’t have it, unfortunately, you’re never gonna have it.

The moment he realized he was directing a James Bond movie

EI: You either got it or you don’t. That appears to be the case in a lot of walks of life. I’m always fascinated by the moment — whether it’s a storyteller or a creative or an actor — when they realize they’re doing something genuinely awesome. Is there a specific moment that you think of when it hit you, maybe you were on-location shooting somewhere or you saw Daniel in the suit for the first time, “Holy shit, I’m making a James Bond movie!” And not only a James Bond movie, but the 25th one AND the definitive final chapter for this version of the character.

CF: When we were walking around Bond’s home in Jamaica with Daniel, and just talking about the space and how it worked and seeing him take it in as if it’s his own home — the home he’d been in for his time in this fictional world. And then seeing him on set Day One, driving around in that Land Rover, and even though it’s “retired Bond” and he’s not wearing a suit yet, it’s very much Bond. “Bond on pension.” But then, obviously, when we got to London, seeing him coming out of his car for the first time in front of the Ministry Defense, and he gets out and fixes his cuff and walks past camera with the sunglasses on, you’re like, “Okay… we’re making a Bond film.”

EI: In those moments, do you have to snap out of it and shake off fan-mode and be like, “Oh man, like this is my movie here!” Do you ever find yourself caught in the excitement of it all?

CF: No, I’m definitely still conscious of what’s going on, but it’s actually funny because on that particular day, I had some friends visiting set with their five-year-old daughter, and after we shot the scene of him crossing the street to go into the Ministry of Defense — or MI6 in our world — he came back to the monitor to look at the shot, and she [the five-year-old] tugged on Daniel’s jacket and she asked: “Why did you cross when there wasn’t a little green man [on the crosswalk sign]?” Well… because he’s Bond.

EI: Right, the street signs change *for him*. Given that this was obviously one of the major themes of both this film and Daniel’s run the role, and as one of your characters once famously said, “The world needs bad men to keep other bad men from the door,” where do you fall on the “Does the world need James Bond debate?” Do you think world powers need these sort of shadowy figures? Or do you think that society is evolved past that?

CF: Well, I studied history and especially studied a lot of wars. There’s a great book On Killing by Lieutenant Colonel Dave Grossman. And it’s an army study on how we’ve taught our armies and our special forces how to be effective killers. And it comes down to a basic statistic: most people aren’t wired to kill. Even within the Army, it’s taken years and years of studies trying to figure out to effectively teach people to be able to pull the trigger to the point of taking the life of another human being. And there’s about 3% of the population that can *just do it*. And that’s the origins of that line — “You need bad men to keep other bad men from the door” —  that 3%, you definitely want them on your side.

EI: Cary, I’ve gotta wrap here. Congratulations on your film, sir. I also just want to say, I’m sure you get a lot of pub and press for this and True Detective, but let me just tell you while I have a chance, Maniac is one of my favorite shows of all time. It’s one of my favorite entries in what I call Romantic Sci-Fi. I recommend it to anybody whenever I get a chance, so I just want you to know that there are Maniac-heads out here.

CF: That was definitely… Maniac was a work of introspective passion for both [series creator] Patrick Sommerville and me. The goal was to make something that was personal for both of us — it’s probably the most personal thing I’ve done. It’s funny how like… I’m glad there are people out there that like it and I think we have a nice, maybe, growing cult fan base of that show.

EI: Absolutely, it’s well worth it. Thank you for your time and congrats on the film on No Time To Die once again. Cheers, man.