‘No Time To Die’ Review: Just A Solid Movie But An Excellent James Bond Adventure 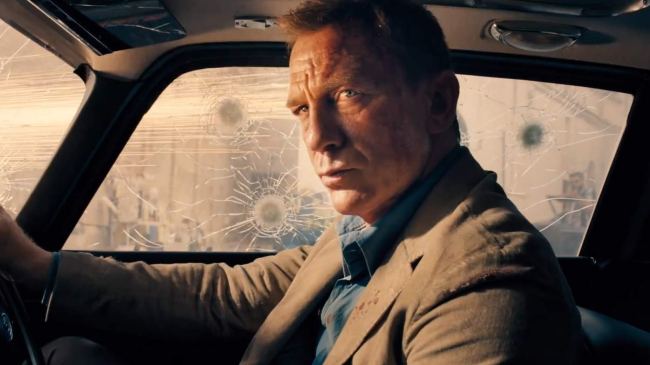 Managing expectations. While a key element in almost every facet of life, it’s most certainly true when it comes to the enjoyment of popular culture.

If you walk into every gangster movie expecting it to be Goodfellas and every superhero movie expecting it to be The Dark Knight, you’ll likely leave the theater relatively disappointed, regardless of how good or bad that new movie ultimately winds up being. Films within this very franchise, Daniel Craig’s 15-year run as James Bond, have collapsed under the weight — justified or otherwise — of expectation, as neither Quantum of Solace nor Spectre were able to live up to their truly spectacular predecessors, Casino Royale and Skyfall, respectively. It’s only fitting, then, that the ultimate legacy of No Time To Die, and perhaps Craig’s tenure as 007 as a whole, boiled down to that very diversion: will it wind up being grouped with the formerly mentioned films or the latter? Can it survive the pressure of both its multiple (and therefore anticipation-building) delays and the distinction of being Craig’s final appearance in the role? The answer to that question, much like the film itself within the context of its peers, lies somewhere in the middle: while No Time To Die is just a solid movie, it’s a fantastic James Bond adventure. Put simply, it’s better than the average Quantum of Solace and Spectre but doesn’t quite reach the heights of the outstanding Casino Royale and Skyfall. By my math, that makes No Time To Die good. Better than average but not quite elite.

As a Bond adventure, No Time To Die is virtually perfect in the sense that Daniel Craig does a TON of James Bonding: looking cool, kicking ass, traveling the world, acting slick, drinking scotch, etc. The movie’s main goal appears to be sending fans off with one final, epic James Bond hang-out session and it achieves that goal entirely. That actually makes the film quite a traditional Bond tale, as it’s more packed with gadgetry and one-liners and classic Bondisms than any of its predecessors, at least as far as the Craig films are concerned. That commitment to being the Bondiest Daniel Craig-starring Bond movie yet further bears itself out in the form of references, callbacks, and tie-ins galore, all of which effectively embrace and recall Bond’s grizzly past.

However, as a traditional film — one that accounts for characterization, plotting, pacing, etc — it’s certainly not superior to Casino Royale or Skyfall, and therein lies the distinction: those are legitimately great movies that just so happen to be about James Bond, while No Time To Die is an excellent Bond adventure that just so happens to be a movie.

Most of all, though, No Time To Die is fun, which is certainly not an adjective that was largely attached to the previous four outings, which opted for the “grounded and gritty” lens popularized by the likes of Christopher Nolan, a man who will likely be at the top of wish-list directors to reboot Bond when the time comes. Everyone is actively enjoying the finality and therefore definitiveness of it all, as if they all are embracing that it’s their last chance to have a blast making a massive James Bond movie, from Daniel Craig to Ana de Armas, from Lashana Lynch to Jeffrey Wright (it should be noted that the trio of lead actresses —  de Armas, Lynch, and Lea Seydoux — steal the show). That sense of fun then bleeds into the film’s energy and carries it all the way through, even when the plot lags quite a bit in the second act and when Rami Malek’s forgettable, completely nonsensical villain steals screen time from the other far more interesting characters.

If the aim of No Time To Die was to send off Craig’s now-iconic 007 with a behemoth, balls-to-the-wall, Bond-loving goodbye — just like the legendary MI6 superspy himself always does — the mission has been accomplished and then some. Craig’s Bond has been a staple of pop culture for close to two decades now and No Time To Die feels like a farewell worthy of that status. And when it comes to swansongs, what else matters but spending time with the character we love, watching them do the exact thing that we’ve grown to love them for. That’s No Time To Die.