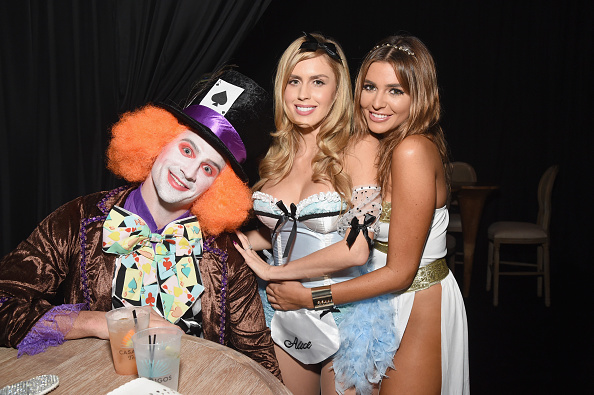 Congratulation to Ryan Lochte and Kayla Rae Reid who got married this week. The Olympic swimmer and the former Playboy model were married in a secret ceremony on Tuesday, January 9th, in Gainesville, Florida. Lochte, 33, and Reid, 26, were wed in a courthouse ceremony where Ryan’s dad, Steven Lochte, was the witness.

This comes months after the coupled welcomed their first child together into the world. Their son, Caiden Zane Lochte, was born in June of 2017. Ryan and Kayla first met in January 2016 at a Los Angeles nightclub and the couple started to show up on each other’s Instagram and Snapchat posts in June of 2016. In August, Kayla joined Ryan at the 2016 Rio Olympics where he took home a Gold medal for the 4.200 m freestyle relay. “I wasn’t interested in him at first,” Kayla told ESPN the Magazine in June 2017. “I’d heard he was a party guy. He was so different than what I imagined.”

Ryan and Kayla got engaged in October 2016, but it didn’t go as smooth as planned. “I practiced it so many times in my bathroom,” Lochte told Good Morning America. “I had my suit and my jacket on and I was pulling the ring out and getting down and the words and everything was perfect but when it actually happened, I couldn’t get the ring out of my pocket and then I was stumbling on all the words and clammy.”

“They are planning a celebration with family and friends later this year,” a rep for the 12-time medal-winner said. TMZ has a photo of the marriage certificate in case you don’t believe me.