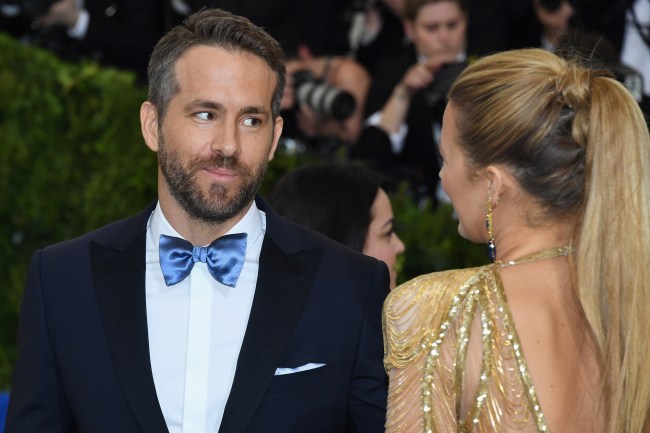 In a world of uncertainty, one thing is for sure: everyone has their shit. It might not be your shit, but varying degrees of self-doubt, anxiety, and struggles with inferiority linger within all of us irregardless of all the metrics we use to assess happiness and success and value.

There aren’t many people on this planet who would refuse to be reborn as Ryan Reynolds–the endlessly charismatic, super talented celebrity who sleeps next to Blake Lively every night he’s not busy shooting a movie that all of us will see.

Possibly the last trait one would think to assign the 41-year-old former Sexiest Man Alive who my girlfriend wants to have sex with is ‘anxiety-ridden.’

But, in a new profile with Cara Buckley of The New York Times, Reynolds speaks about his perpetual struggle with anxiety, even now, 25+ years after his career began as a star in Canada’s teen soap opera Hillside.

“I have anxiety, I’ve always had anxiety.”

“Both in the lighthearted ‘I’m anxious about this’ kind of thing, and I’ve been to the depths of the darker end of the spectrum, which is not fun.”

Reynolds claims he fights feelings of dread and nausea before every talk-show appearance and on the day of his NYT profile, he had barely eaten all day, “because interviews for profiles make him crazy jittery too.”

Reynolds claims that his 20s were his “real unhinged phase.”

“I was partying and just trying to make myself vanish in some way,” he said. He frequently awoke in the middle of the night, paralyzed by anxiety, agonizing about his future. He got through it by self-medicating, but after a few friends died of overdoses, he toned the partying way down.

Before the interview wrapped up, Reynolds was asked how he deals with anxiety, especially now that promotional interviews and spots for Deadpool 2 are on the horizon.

First off, he said, he’s doing a lot of the interviews in character as Deadpool. Also, he uses the meditation app Headspace. And finally, the second he walks onstage, he knows that the anxiety will lift, and then the blessed relief descends.

“When the curtain opens, I turn on this knucklehead, and he kind of takes over and goes away again once I walk off set,” he said.

“That’s that great self-defense mechanism,” he continued. “I figure if you’re going to jump off a cliff, you might as well fly.”

So next time you start to geek out before a presentation or an interview or meeting your girlfriend’s parents, just remember: Everyone, even Ryan Reynolds, Has Their Shit.