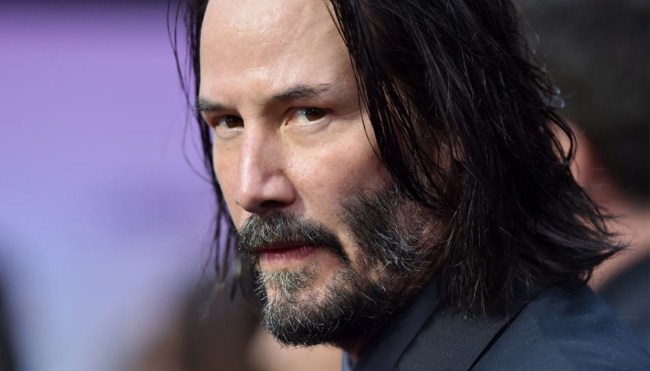 It’s hard to think of many actors who are more universally beloved than Keanu Reeves, a man who has done it all in an impressively scandal-free career that spans back to the 1980s and has spawned classic stoner comedies, a bevy of iconic action movies, and also The Lake House.

I feel like a lot of people feel like they’re friends with Reeves despite never meeting him thanks to his famously affable nature, which had to play a role in the amount of attention he received when he was photographed looking fairly sullen while eating a sandwich on a bench in New York City in 2010 in a picture that spawned the “Sad Keanu” meme.

It was only natural to wonder exactly why Reeves looked as sad as he did in that picture. Was he thinking “I can’t believe I turned down the chance to star in Speed 2: Cruise Control?” Did the deli he ordered from ignore his request to hold the mayo? Did he have a sudden realization that he doesn’t actually know kung fu?

Well, we now (sort of) know what was going through his head, as Reeves addressed the photo while chatting with Stephen Colbert on Monday ahead of the release of The Matrix Resurrections.

During the segment, Reeves insisted he wasn’t actually sad when the picture was snapped, saying, “Man, I was just eating a sandwich. I was just thinking. I had some stuff going on. I was hungry.”

I’m going to stick with the mayo theory until definitively proven otherwise, but if we can’t trust Keanu, who can we really trust?