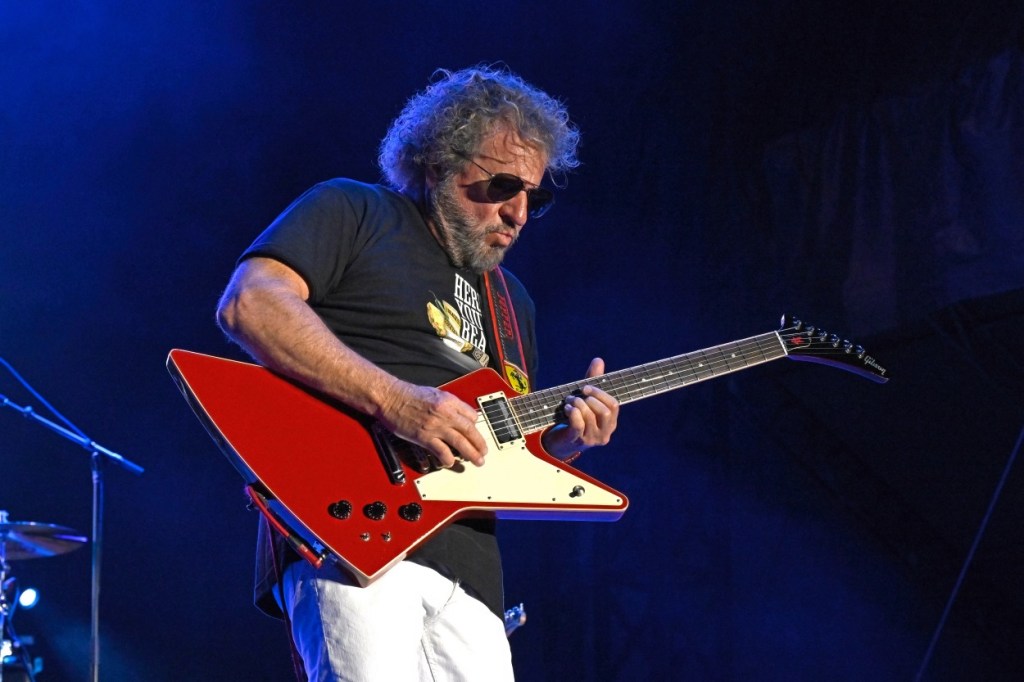 The Beale Street Music Festival in Memphis, Tennessee took place last weekend with headliners Stone Temple Pilots, Smashing Pumpkins, Weezer, Lil Wayne, Sammy Hagary, and Three 6 Mafia. Noticeably missing from that lineup of headliners was The Foo Fighters who are taking a hiatus from touring after the tragic death of drummer Taylor Hawkins.

When The Foo Fighters stepped away from touring, the Beale Street Music Festival reached out to Sammy Hagar & The Circle as a potential replacement. The former lead singer of Van Halen took to Twitter to share how it all happened. According to Sammy Hagar, they didn’t even consider the offer at first but that changed.

Then after Sammy Hagar and his band had a chance to mull it all over, they apparently reached out to Dave Grohl. With Grohl’s blessing, the band would later cover ‘My Hero’ by The Foo Fighters in front of the Beale Street Music Festival crowd on Friday night. Hagar shared that electric footage on Twitter and I wanted to make sure you all saw it.

1/3 When we were asked by the promoter to fill in for the Foo Fighters at the Beale Street Music Festival, my first reaction was 'No fucking way!' We discussed it as a band, & we came up with 'Why not!

2/3 'Let's just go play music and you're at a big ass Circle party for those people, just do what we do!' Then with Dave Grohl's blessings we decided to do a broken down version of one of my favorite songs from one of my favorite bands. No rehearsal

3/3 After all this is rock 'n' roll and thats what it's all about. Enjoy. https://t.co/B8nQjqkvcA

The Beale Street Music Festival actually had one of the best 3-day lineups of any non-EDM/non-jam band festival that I’ve seen in a while. I might have to put this festival on my radar for next year.